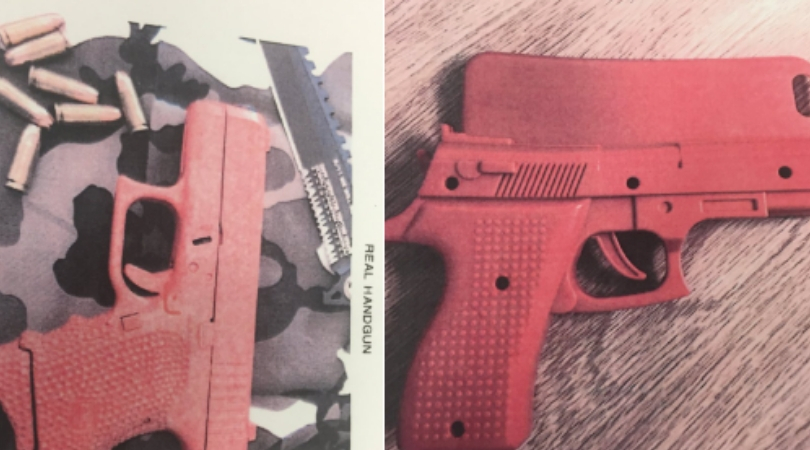 The San Mateo County Sheriff’s Department is urging parents not to buy or allow their children to buy a phone case that looks like a gun. The department shared a Facebook post on October 1st, originally posted by police officer Aaron P. Sheehan, showing how the case could easily be mistaken for a real-life handgun. Sheehan stated, “As a police officer……please, please do not buy this or allow your children to have this new phone case! Hell, tell everyone you know, not just your kids!!”

At first glance, the case looks like a gun, which is easy to be mistaken by anyone. While it comes in several colors, the black version is convincing enough, which is why it is concerning officers, after they will need to respond when concerned citizens call to report it, and can go as far as potentially shooting someone, depending on their actions.

In late February, a DeLand High School in Florida was placed on lockdown after a student thought a 15-year-old boy’s cell phone case was a gun after seeing it in his back pocket. The student immediately notified a teacher, and authorities were called. The school was placed on a 30-minute lockdown by local police, finding a pink, gun-shaped phone case inside the student’s backpack.

The student faced charges of disruption of an educational institute, which is considered a misdemeanor. Officers are speaking out against the accessory, saying there is simply no need for cell phone cases to be made look like any sort of weapon. They are urging manufacturers who are making the fatal weapons into novelties to stop selling the product to avoid any more incidents like these.

That’s a real gun on the left. On the right is the cell phone case .@DeLandPD a 15 year old student had on him today at DeLand High prompting a 30 min lockdown pic.twitter.com/Pa7t89U5sj