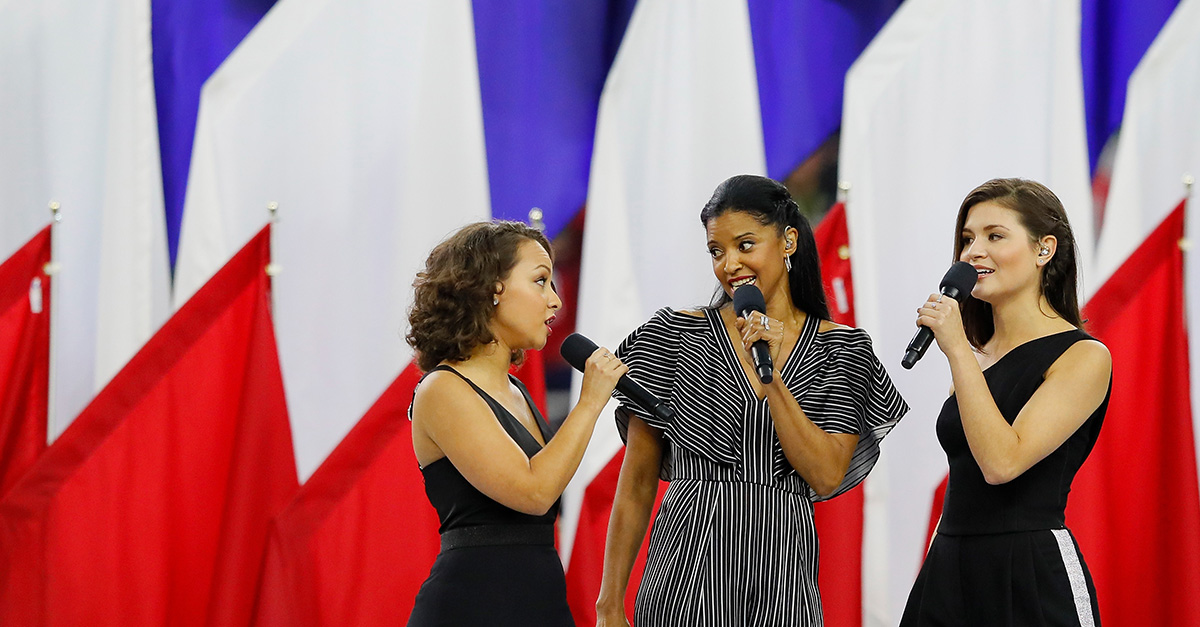 The Hamilton musical “Schuyler sisters” performed “America the Beautiful” Sunday night, but an addition to the lyrics they sang has some on social media outraged.

“And crown thy good with brotherhood,” they sang, and added, “and sisterhood.”

“From sea to shining sea!”

.@HamiltonMusical's Schuyler Sisters knock it out of the park before the #SuperBowl pic.twitter.com/PaIDezZRQk

As many cheered their addition, including Hamilton creator Lin-Manuel Miranda, others felt it was politicizing America’s most watched TV event.

Others commented on Twitter that the change “ruined” the song.

Attention Hamilton trio –#SB51 is not the time to pursue your agenda by changing the words to GOD Bless America!!

Yea they had to throw in sisterhood. They were fuxkin terrible. Remind me tk never see Hamilton. #hamiltoncastsucks https://t.co/8ZFMXESZh3

The Hamilton cast ruined America the Beautiful when they added sisterhood after brotherhood part. Patriotic songs need no edit #Superbowl