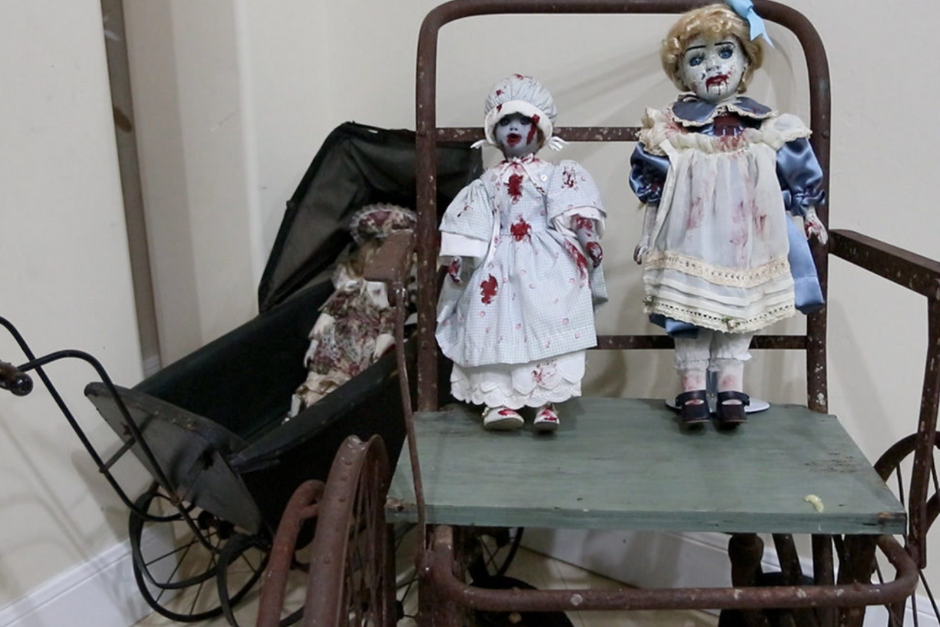 Do you like being in rooms full of spooky dead glass eyes filled with evil, whose stares pierce into your sweet, unspoiled soul? Do you like ghost stories about evil toys? Were you a big fan of the movie Annabelle? Does the way the riverwalk smells not horrify you enough? If so, there’s a haunted house in San Antonio that might be right up your alley. This San Antonio home has all kinds of haunted items, including a room full of dolls that the house’s owner, Roxy, claims have spirits attached to them. Some good, some…not.

Roxy says she is an empath and that she can feel the spirits in her haunted toy exhibit. She even says that they occupy her house, move around dishes, and make all sorts of mischievous paranormal activity. Having fifty dead roommates feels like it’d be exhausting, especially if some of them are, you know, literally evil. Not like dicks who don’t do their dishes or pick up their laundry, or always pay their share of rent a week late. Actual, from hell evil living inside a scary doll.

Hard pass on that, even if it is Halloween.

The Texan empath even says she finds other dolls broken sometimes. The spirits are trying to murder each other in this lady’s house. Find a new place to live. Nobody in the right mind should want to live in a place where they can walk out of the shower to find a black shadow swallowing the wailing, terrified spirit of a nine-year-old Victorian girl. That’s just a bad morning, watching a cholera victim get killed for the second time in her existence, but this time it’s by a demon. Again, hard pass.

Roxy also said her neighbor Edith Camp was murdered in that home in 2003. Again, lady, you need to find a new place to live. Stop collecting ghosts like they’re cats. The only thing they have in common with cats is that they’d also kill you if they could. But you don’t even get any cuddling out of the dead. At least I hope not.

This article was originally published October 22, 2018.

Watch: Man Pays $150 to Play with Leopard, Gets Scalp Ripped Off by Leopard