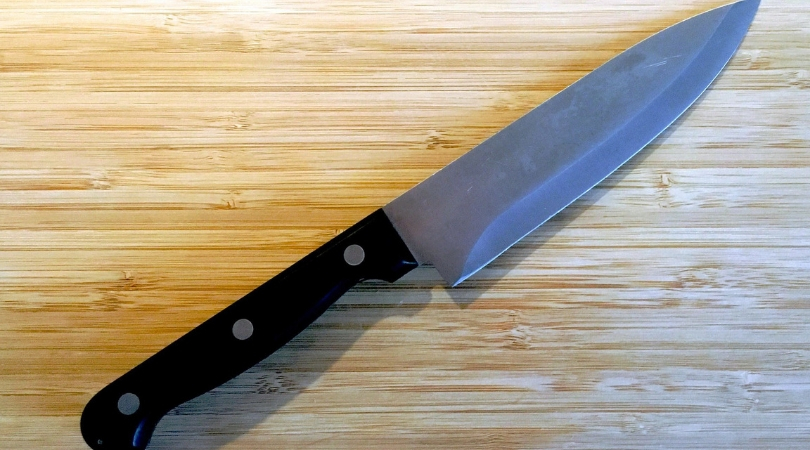 It looks like this Tennessean haunted house really wanted to scare its visitors, and put them to test during Halloween, after a Tennessee man was stabbed by a friend who thought the knife was a prop knife. According to James Yochim, he and Tawnya Greenfield went to Nashville Nightmare in Madison, a haunted attraction with an escape room, four haunted houses, and scary cast members running around with fake weapons.

James “Jay” Yochim stated that a man with skull makeup, who he thought was part of the sprawling attraction, approached Greenfield, asking if Yochim was bothering her, according to Buzzfeed. Puzzled, but jokingly, she said yes. The man then handed her a knife ordering her to stab him. Yochim had told the Nashville Tennessean that they had been chased with chainsaws and other weapons all night, the girl thought the weapon was fake, so she stabbed Yochim in the forearm.

Yochim stated he immediately blacked out but recalls hearing Greenfield “bawling” and the costumed man apologizing saying he didn’t realize the real knife was that sharp. Though it didn?t hit any major arteries, tendons or bones, according to FOX 17, his arm was gushing blood as if it was an actual horror scene. Yochim was immediately taken to Tristar Skyline hospital in Madison, where he received nine stitches to his left arm.

According to Yochim, those kinds of stuff and weapons are not allowed inside the attraction and visitors were required to go through metal detectors. Through a statement, the organizers of Nashville Nightmare’s organizers said an employee believed to be involved has been placed on leave until they can determine his involvement. The suspect has yet to be identified according to the initial police report and no charges have been made, but Yochim did seek legal advice.

Nashville Nightmare stated they are going over all safety protocol with their staff since the security of all individuals who attend are their main concern. They have yet to be contacted by police but will cooperate fully with any official investigation.

So what did we learn from all of this? I don’t know…..maybe don?t stab your friends? Especially if it?s a haunted house. Weirdly enough, this is James Yochim’s favorite time of year. I’m not so sure how he feels about that now, living his own real life horror movie.

Editor’s note: This article was originally published on October 10, 2018.

Watch: World?s Scariest Haunted House Will Pay $20K If You Can Make It Out!