Images taken this past July, before the island was ravaged by hurricanes, show it covered by light. Judging from the latest images released by the National Oceanic and Atmospheric Administration, much of the commonwealth is without power, save for some pockets in and around the capital city of San Juan.

Ricardo Ramos, the CEO of the Puerto Rico Electric Power Authority, explained the issues to CNN.

“Damage is catastrophic,” Ramos said. “[With] transmission lines on the ground and conductors on the ground, and distribution poles broken in half. [It’s] very, very disconcerting.” 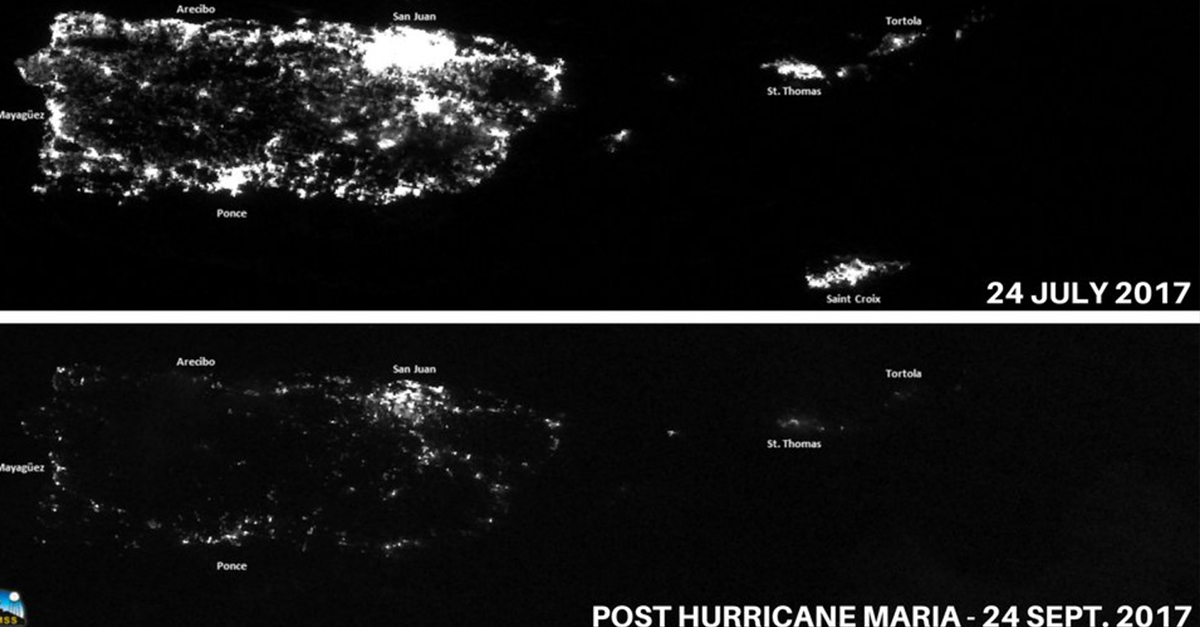