Protesting the National Anthem has been a focus on this year’s football season, but at the first game of World Series baseball game Tuesday night, the scene was different.

Singer Rachel Platten, famous for her song “Fight Song,” sang the opening National Anthem, and all players appeared to stand during the ceremony.

RELATED: National anthem singer stuns audience when she drops to her knee mid song in protest

The World Series tournament is between the Chicago Cubs and the Cleveland Indians. Cleveland won round one of the series.

People on Twitter noticed the lack of protest during the singing of the National Anthem.

RELATED: A high school football announcer’s message to those who don’t stand for the national anthem is causing quite the stir

Not 1 player kneeling/sitting during the National Anthem. Respect the game, the flag, & your opponent. #AmericasPastTime #WorldSeries pic.twitter.com/WRLc7ZI52T

Army Sergeant Rose gave up his ability to stand for the National Anthem for your freedom to protest it. Respect.https://t.co/UdWgGs1TFz

San Francisco 49ers player Colin Kaepernick started the National Anthem controversy when he chose to sit during the song at a preseason game in protest to the country’s social and racial injustices. Fellow teammates as well as other football teams and athletes and across the country have joined his protest.

Many viewers feel that the protest is disrespectful to veterans who have sacrificed for the country, symbolized through the flag. NFL ratings are down this season, and many are speculating it could have something to do with the sport becoming a platform for protest. 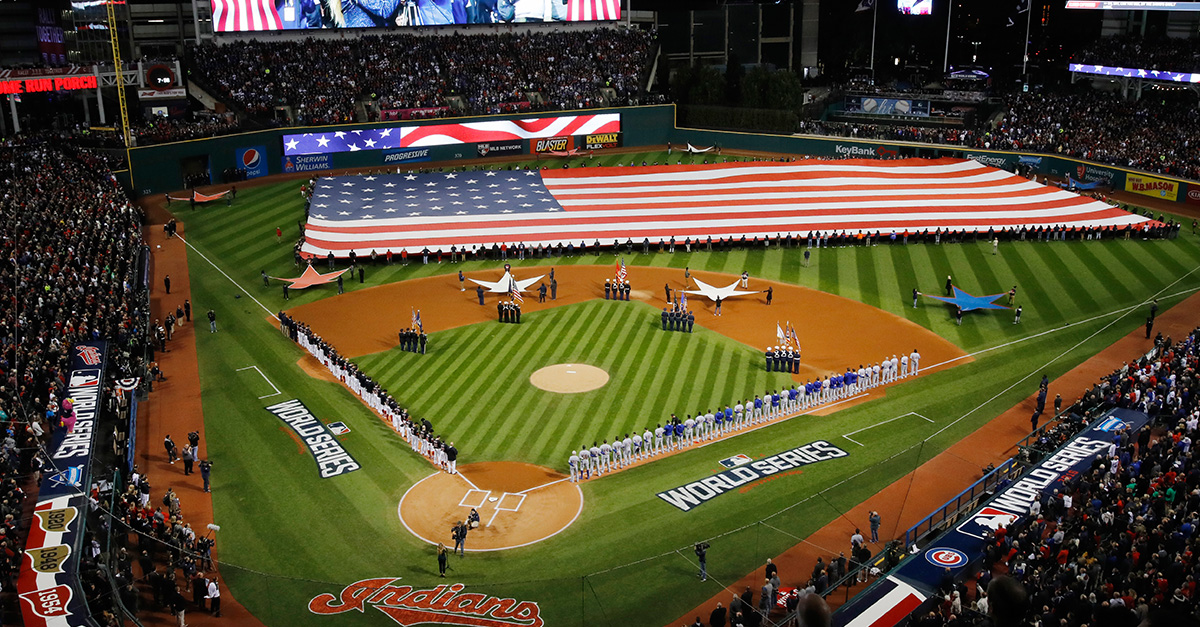