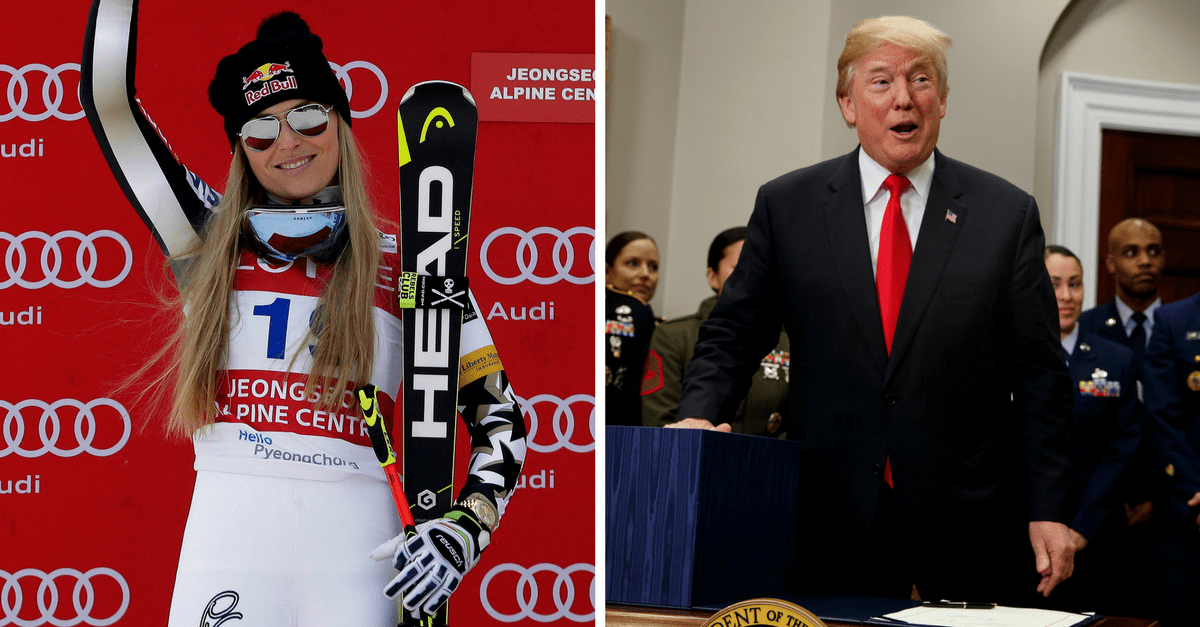 After pledging to represent the United States but not President Trump at the 2018 Winter Olympics, skier Lindsey Vonn is opening up about some of the backlash she’s been receiving since.

“I’ve received a tremendous amount of feedback, both positive and negative, about my recent CNN interview,” she explained in a long Instagram post. “The point that I was trying to articulate is that all Olympic athletes represent their nation as a whole, and are not representatives of their government or any specific political figure or party. None of us work tirelessly for years on end to compete in the Olympics on behalf of Democrats or Republicans. The Olympics are a non-political event, a chance for everyone to put aside their differences and be on the same ‘team.’ That does not mean that Olympic athletes don’t have political opinions.”

RELATED: “Fox & Friends” hosts give “un-American” Lindsey Vonn a mouthful after her remarks on Trump and the Olympics

“As for myself, my recent comments opened up my eyes as to how divided we are right now,” she continued. “It is hurtful to read comments where people are hoping I break my neck or that God is punishing me for being ‘anti-Trump.’ We need to find a way to put aside our differences and find common ground in communicating. Is it wrong to hope for a better world?”

Vonn made headlines last week when she told CNN, “I hope to represent the people of the United States, not the president. I take the Olympics very seriously and what they mean and what they represent, what walking under our flag means in the opening ceremony. I want to represent our country well. I don’t think that there are a lot of people currently in our government that do that.”

The skier was immediately criticized for the remarks and was even branded “un-American” by one of the president’s favorite news programs “Fox & Friends.” Now, she’s insisting that she is indeed “proud to be an American.”

“As an American, I am extremely proud that our great nation was founded on principals and ideals where citizens can express our opinions openly. It is a privilege that some others around the world don’t have,” she wrote in her post. “I am proud to be an American, and I want our country to continue to be a symbol of hope, compassion, inclusion and world unity.”