A small group of protesters flew a large Confederate flag from the top of a parking garage next to the arena hosting two men’s NCAA Tournament games.

The group arrived Sunday morning, raising the flag from the back of a pickup truck . They planned to stay throughout the games and be on grounds as fans arrived at Bon Secours Wellness Arena.

Greenville police had the group move the truck about 50 feet away, citing safety concerns if the flag tipped over.

RELATED: Pair who crashed a birthday party with Confederate flags is going away for a long, long time

Protesters say they hope to make their presence known to the NCAA. The governing body lifted its ban against South Carolina holding championships in 2015.

In 2002, the NAACP held a march in downtown Greenville to protest the state flying the flag on Statehouse grounds during the NCAA Regionals at the arena.

South Carolina was unable to host NCAA predetermined championships because of the organization’s ban, which began in 2001. The NCAA regional in 2002 was allowed to remain in the state. That led the NAACP and others to turn out for a march to the arena steps in support of taking down the flag.

The issue was settled in 2015 after the massacre of nine black Charleston church goers by Dylann Roof, who was seen in pictures with the Confederate flag. State lawmakers voted to remove the flag in July 2015 and the NCAA lifted its sanctions. Roof was convicted of multiple murder counts and sentenced to death.

Hunter Meadows of Blue Ridge said the protesters did not think it fair that all Confederate flag supporters were blamed for Roof’s actions.

“I didn’t feel it was right when the flag came down,” said Meadows, who said his ancestors fought for the Confederacy in the Civil War. “We wanted to show the NCAA that we’re still here.” 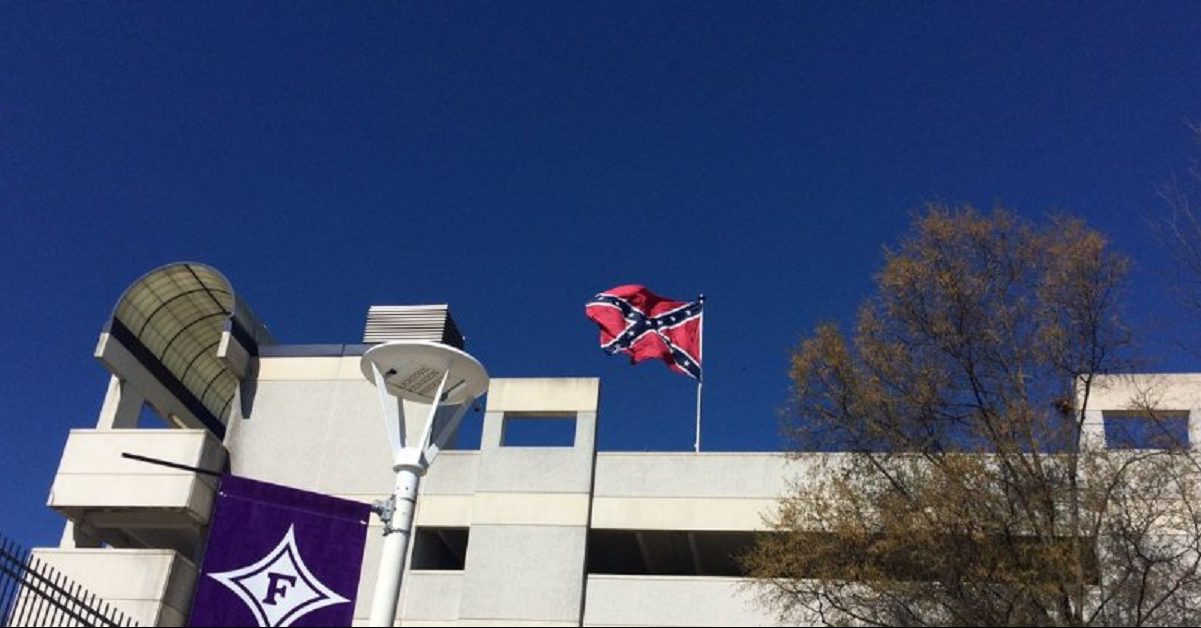