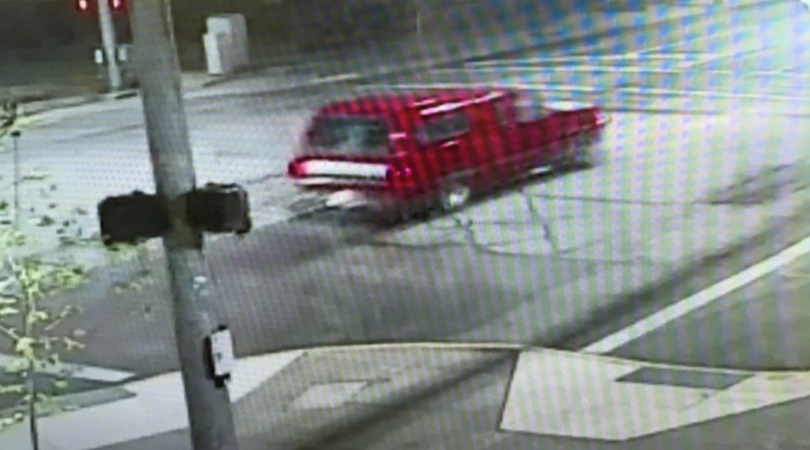 It’s a full day of investigation for law enforcement officers in Olympia, Washington, after surveillance footage captured a possible abduction. Through a press release, Washington State Patrol stated they are investigating what seems to be the abduction of three people, including a young female child at Olympia’s Heritage Park. According to reports, witnesses called police at 10:30 p.m. on Wednesday, August 22, alerting them that five or six men dressed in white plastic jumpsuits with white hoods jumped out of a red Ford pickup truck. The individuals proceeded to grab the three victims and put them in zip ties. The witnesses stated the victims were asking for help and for someone to call 911 before being driven off.

The descriptions and ages of the victims have not yet been released, but witnesses said one of the victims may have been a young child between the ages of four and six years old. Troopers immediately searched the surrounding area when they arrived but didn’t find any evidence of the incident and the suspects had already fled the scene with the victims. A surveillance video of the incident was released where one can see the truck with a matching canopy and a white or grey hood with Washington or Oregon license plates.

Last night, troopers responded to a possible abduction at Heritage Park in Olympia. Witnesses described 5 to 6 males in white plastic jumpsuits w/ hoods abduct 3 victims, one is believed to be a child. See images for more. We're asking anyone w/ info to email [email protected] pic.twitter.com/1czdQoTq0X

Sergeant James Prouty with the Washington State Patrol stated they are treating the case as an abduction until they can confirm otherwise, especially since children are involved.

No more information has been released as of yet, but if you have any information you are asked to call the Washington State Patrol at 360-704-2959 or email [email protected]