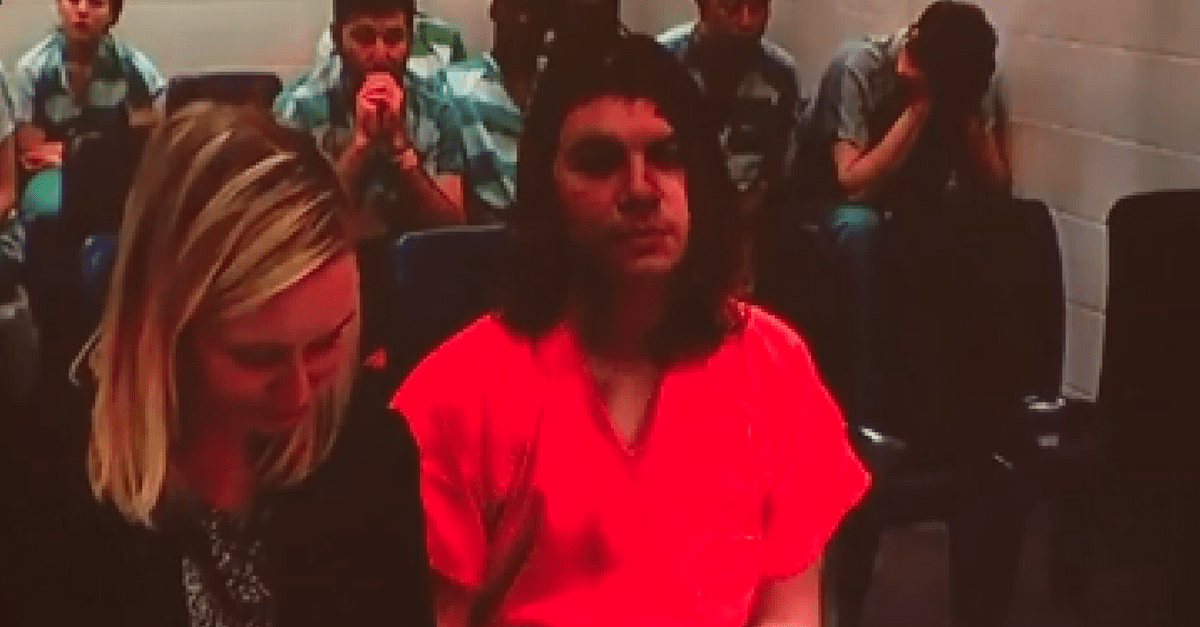 A concerned grandmother may have saved countless lives on Tuesday by notifying authorities of her grandson’s “upcoming and credible threats” against a nearby high school after discovering the dark plans in his journal.

According to Everett Police Department in Washington, the grandmother contacted them on Tuesday morning and showed officers excerpts of the journal, which “detailed plans to shoot students and use homemade explosive devices at ACES High School.” She also indicated that her 18-year-old grandson Joshua Alexander O’Connor had been storing a rifle in a guitar case after reading about it in the journal.

RELATED: New details are coming in about the Florida shooter and many are wondering about the motive

“That would have probably been one of the hardest calls she has probably ever made, but I think that the content of the journal and some of the other evidence in the house was enough that she was alarmed enough,” Everett Police Officer Aaron Snell said.

Police later arrested O’Connor at his school, where he managed to slip a hand out of his handcuffs and attempted to run from officers, kicking one of them in the process. On his person, he was carrying marijuana and a knife, according to authorities. After obtaining a warrant, a search at the grandmother’s house where O’Connor lived revealed the journal, a rifle, “military styled inert grenades and other evidentiary items.” Authorities also found evidence linking him to a robbery on Monday night, which he later admitted to.

Court documents show the teenager decided which school he would target after flipping a coin, writing in the journal that ACES High School “won” the toss. He also expressed his hopes to ensure the death count would be as high as possible in order to make the shooting infamous. The entries also included details about making pressure-cooker bombs, activating inert grenades and deploying explosives for maximum casualties.

“I’m preparing myself for the school shooting. I can’t wait. My aim has gotten much more accurate… I can’t wait to walk into that class and blow all those f**kers away,” O’Connor wrote in one entry, adding in another, “I need to make this count. I’ve been reviewing many mass shootings/bombings (and attempted bombings) I’m learning from past shooters/bombers mistakes.”

RELATED: Before he opened fire, classmates say the Florida school shooter had a disturbing history of violence

During a court hearing on Wednesday, O’Connor’s lawyer noted that the gun and the grenade shells were in his possession legally and argued that “musings and venting” in his journal were not enough evidence to charge him with attempted murder. However, a judge still found probable cause to hold him in jail on three felony counts. His bond was set at $5 million.

“The best defense against this kind of thing, the school shooting is, that if you hear something or see something is tell authorities. And that’s exactly what she did,” Mukilteo School District spokesperson Andy Muntz praised the grandmother. “I know it had to have been really hard for her to do that, to turn in her grandson like that. But she quite honestly probably saved a lot of lives including her grandson.”