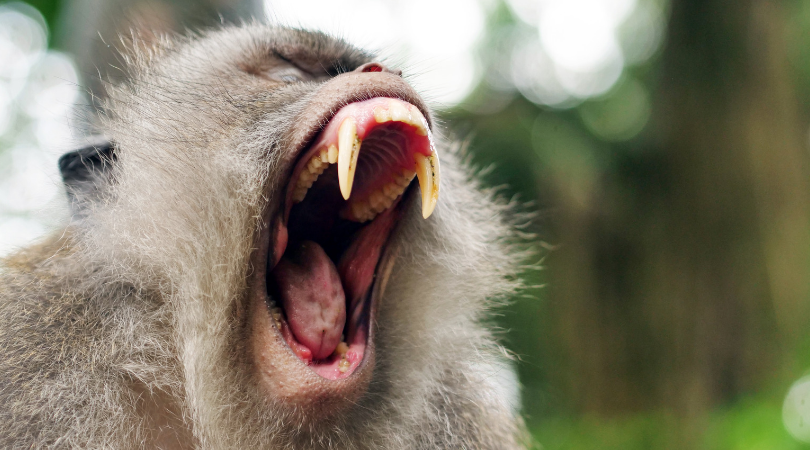 There are wild monkeys in Florida that carry a strain of herpes (McHV-1 or Herpes B virus) deadly to human beings. You can get it through a more trans of bodily fluids, like by being bitten or scratched by the monkeys. The monkeys, as it turns out, also aren’t terribly shy. And a new study says this monkey population is doubling, according to WFTV. It might be time for Valtrex to get into the electrified monkey-proof fence and anti-bite armor businesses.

The wild rhesus macaques, which are native to southeast Asia, not Ocala, were brought to central Florida in the 1930s for an attraction in the Silver Springs State Park that has long since closed. The population of rhesus macaques was originally put on a small island in the Florida state park but they escaped because life, uh, ah, uh, finds a way. And, in Florida, so does herpes. Currently, there are 200 of these monkeys living in Central Florida, and officials expect that population to double in the coming years.

It’s now illegal to feed the rhesus monkeys and wildlife officials say that people should absolutely stay away from the monkeys. (The killer herpes virus presumably being a big part of why.)

Truly, it’s unsurprising that while dozens of species native to Florida are being devastated by pythons hunting them into extinction, the wild monkeys with lethal herpes are thriving. One day whatever we’re watching on TV is going to be breathlessly interrupted by news anchors going live to Disney World, where we’ll see shaky cellphone footage of a bunch of monkeys with cold sores riding giant snakes onto the grounds, killing everyone in their path. Within days of that Orlando will be burning.

There’s nothing that’s impossible in Florida. Just pick an insane thing and it’s happening there. Somewhere on the panhandle, there’s probably a waterspout that formed over an empty pool hobos filled by using as a toilet for months. The state is just a nightmare mad lib. The herpes monkeys were spotted rubbing their genital sores on Publix sandwiches and now the entire state of Florida is dead. See?

Authorities say that the likelihood of contracting the deadly herpes is low… but for how long? Call wildlife management and disease control. Get the rhesus macaque monkeys out of Florida. After all, spreading herpes in that state is a job for the students of the University of Florida. Not a bunch of invasive monkeys.