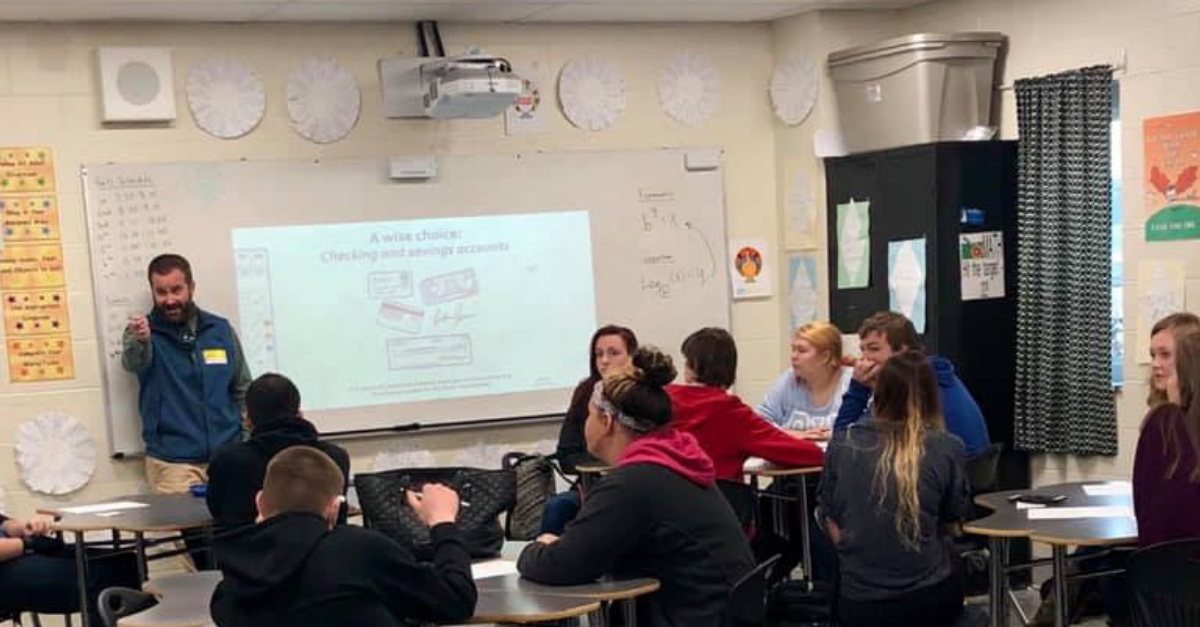 A Kentucky high school sent its seniors out into the world prepared with more than just a rapidly diminishing knowledge of Algebra and an understanding of American history barely above the intellectual level of either a far right or far left Facebook meme. Instead, Bullitt Central High School, which is in Shepherdsville, just outside of Louisville, Kentucky, teaches kids real life skills they’ll actually use. Mostly.

The high school had an “Adulting Day” for seniors, who spent the day taking classes about how to pay bills, how to change tires, dorm room cooking, how to behave during traffic stops with police officers, and about using credit cards and other general finance topics. Seniors also spoke with members of the Army about a career in the military.

The BCHS Family Resource & Youth Services Center brought in expert guest speakers, members of the community who could educate the high schoolers that will soon too find themselves in a dorm room or somewhere else out in the real world, about what they’ll encounter once they get there. In a Facebook post, the Director of the BCHS Family Resource & Youth Services Center detailed the successful day.

The social media post and the Adulting Day idea has begun to receive national attention and largely positive feedback. Still, the idea could use some tweaking. Here are some future ideas for Adulting Day classes.

That should take care of them. It’s better than leaving uneducated kids to fall victim to credit card debt at 18-years-old.