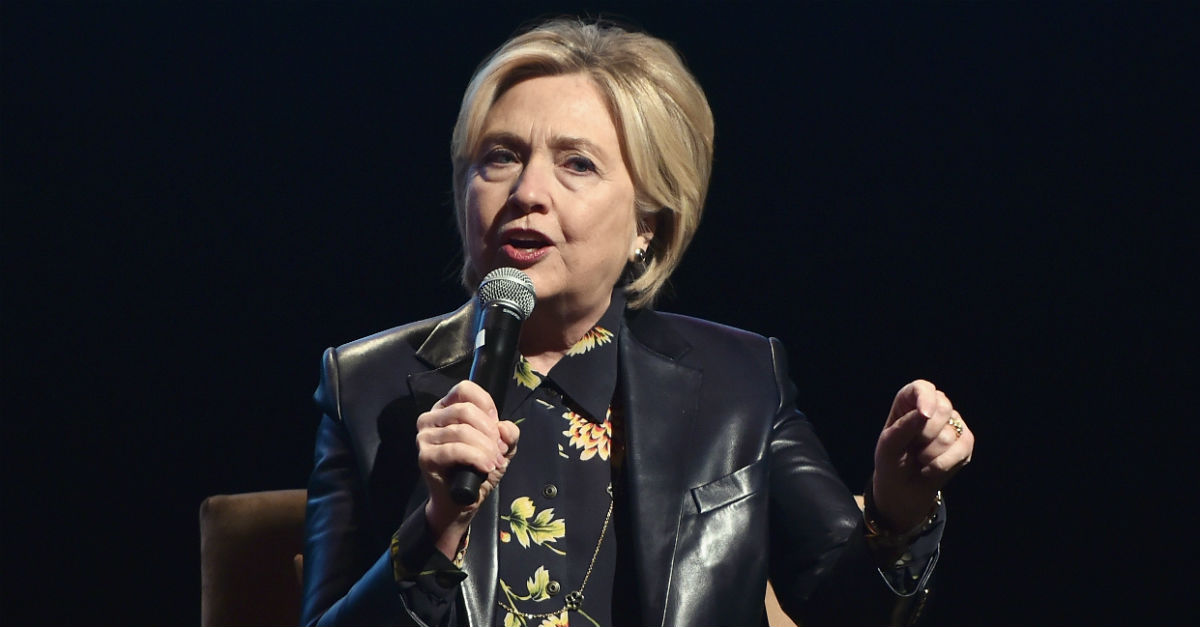 Hillary Clinton chose an interesting moment to provide answers after recently coming under fire for her decision to protect a staffer accused of sexual misconduct.

As Rare previously reported, Burns Strider, a faith adviser working for Clinton’s 2008 presidential campaign, was said to have rubbed the shoulders of a fellow female staffer inappropriately, kissed her on the forehead and sent her suggestive emails. When then campaign manager Patti Solis Doyle recommended Strider’s firing, Clinton reportedly requested that he stayed on.

On Tuesday evening, Clinton decided to issue a response via Facebook around the same time many attentions were focused on President Trump during his first State of the Union address.

“The most important work of my life has been to support and empower women,” Clinton began.

Stating that her work to “empower women” was the work she was “most associated with,” Clinton said that she understood why her decision to “let an employee on my 2008 campaign keep his job despite his inappropriate workplace behavior” was being questioned.

“The short answer is this: If I had it to do again, I wouldn’t,” she replied.

Clinton said that at the time, she believed that simply demoting Strider, docking his pay, and giving him a warning was punishment enough for his actions. She also said her decisions stemmed from her belief in “second chances.”

After somewhat admitting that she might not have responded correctly, Clinton added some personal musings about her role as a boss:

I recognize that the situation on my 2008 campaign was unusual in that a woman complained to a woman who brought the issue to a woman who was the ultimate decision maker. There was no man in the chain of command. The boss was a woman. Does a woman have a responsibility to come down even harder on the perpetrator? I don’t know. But I do believe that a woman boss has an extra responsibility to look out for the women who work for her, and to better understand how issues like these can affect them.

The most important work of my life has been to support and empower women. I’ve tried to do so here at home, around the…

“All of us have made decisions that were not the best we could have made. I appreciate your transparency and willingness to admit you erred. Thank you,” praised one Facebook user.

“This is always the answer. When you get caught you say you would do it differently next time. So in the end you have terrible decision making skills. So glad you are not my president,” criticized another.

Though Clinton’s post focused on the 2008 incident, it was discovered that Strider was hired by Correct the Record. The group supported Clinton’s 2016 presidential campaign.

It was also observed that Strider was comfortable publicly touting his support for Clinton’s most recent campaign on Twitter. His account has since been switched to private.

RELATED: Hillary Clinton’s bizarre attempt to be hip while brushing off a scandal has us scratching our heads