Hillary Clinton jabs President Trump on Twitter over the immigration ban, but Kellyanne Conway pushes back 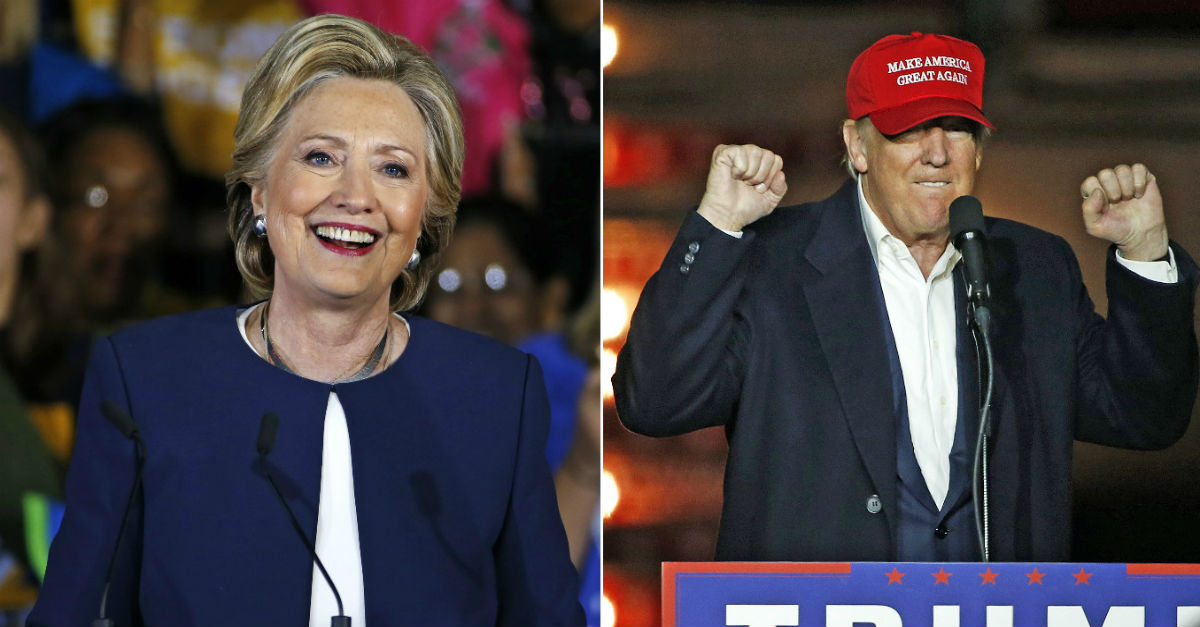 When President Donald Trump’s immigration ban was upheld Thursday evening, Trump responded with an all-caps tweet: “SEE YOU IN COURT.”

His response set off a wave of tweets from Trump detractors, including a dig from Hillary Clinton, the Democratic presidential nominee who once thought she was a shoo-in for the White House. Clinton simply tweeted, “3-0” to reflect the unanimous decision made by the panel of three judges in the San Francisco-based court.

RELATED: Hillary Clinton might have lost the election, but video shows she’s moving on

SEE YOU IN COURT, THE SECURITY OF OUR NATION IS AT STAKE!

Trump counselor Kellyanne Conway then felt the need to get into the act with a shot directed at Clinton. She retweeted Clinton’s tweet with this response: “PA, WI, MI.”

In an impromptu interview in the West Wing, Trump called the judges’ decision “political” and expressed his confidence that he will ultimately win this battle that is likely headed to the Supreme Court.

He reiterated that he will appeal: “It’s a very very serious situation so we look forward to seeing them in court,’ he said, according to NBC News. The president also told NBC News that the ruling didn’t undercut his new presidency: “No, this is just a decision that came down, but we’re going to win the case.”

However, the three judges from the 9th U.S. Circuit Court of Appeals wrote in their decision that they believe the White House has not provided enough evidence that would allow it to win an appeal.

The appeals court was ruling on a lower-court decision that halted a travel ban from seven Muslim majority countries, and allowed previously barred travelers to enter the U.S. Many travelers entering the country when the ban was put into effect were detained, spurring massive protests at multiple airports across the United States.