While drawing a parallel between Nixon and President Trump, she referred to Nixon as “a man whose presidency would eventually end in disgrace with his impeachment for obstruction of justice.”

RELATED: Hillary Clinton had some trouble getting her commencement speech started

Clinton was apparently attempting to imply that Trump’s presidency might end in the same way, suggesting that he might be impeached for allegedly impeding the FBI investigation into his campaign’s ties to Russia. The problem, however, is that Nixon was never technically impeached for the Watergate scandal. He resigned from office before things got that far.

Ironically, of the two presidents who actually were impeached, Clinton’s husband Bill is one of them. The other was Andrew Johnson. 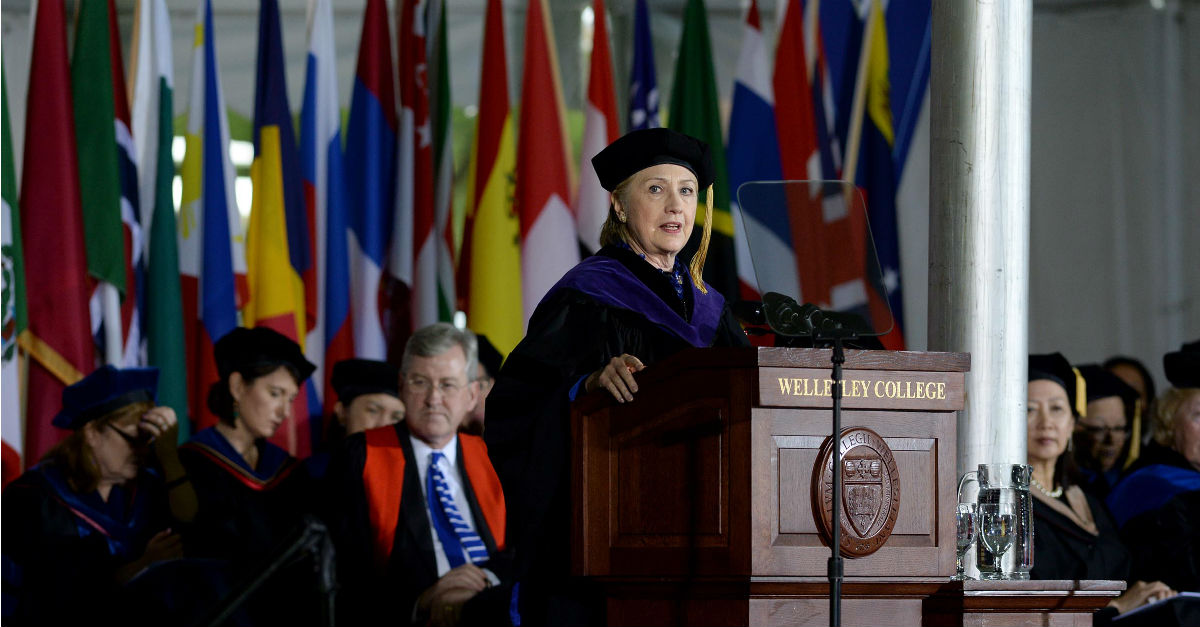