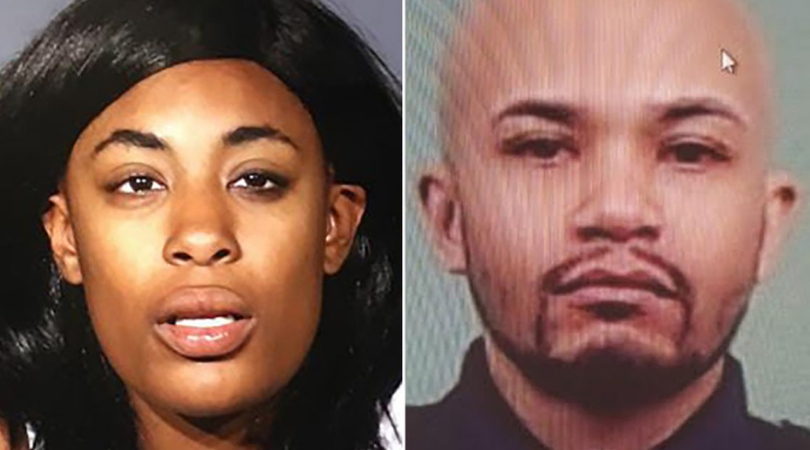 In today’s ‘what the heck were they thinking?’ news, a prostitute allegedly stole an off-duty NYPD cop’s car after he left her sitting in the vehicle while stopping at an ATM in Brooklyn. According to authorities, Officer Ali Sheppard was in his personal car, a 2015 Jeep Wrangler, when he hired Taquanna Lawton, also known as “Unique,” at Liberty Avenue and Sackman Street in Brownsville at 12:15 am on October 3, 2018.

According to authorities, inside the vehicle was the gun of the officer, and was sitting in the front seat where the woman was located. The two were on their way to a hotel in East New York, but before their rendezvous, Sheppard, 38, quickly made a stop to withdraw cash at an ATM at the Imperial Hotel. In what can only be described as a pure adrenaline rush, or an act caused by an infinite amount of drugs, 20-year-old Lawton allegedly jumped inside the driver’s seat of the jeep and quickly took off leaving the officer stranded. Lawton drove off not only with the officer’s jeep but with the Smith& Wesson pistol.

Cops were able to recover the car and arrest Lawton in East New York the next day. Sheppard, who has been on the job for 13 years, was suspended after confessing to having his gun in the passenger seat. According to reports, he raked in $105,819 last year, including overtime.

Officials are still investigating whether the officer will be given any charges. He was immediately suspended and will be facing disciplinary action. NYPD Commissioner James O’Neill stated him, along with his team is working on the investigation closely. According to Sheppard’s father, his son has never been in trouble like this before and has been deployed overseas twice for the military.

Shocked that he would hire a prostitute, he hopes the police department can help him due to his clean record, he states, “I’m in shock actually. This is a child that I raised by myself as a single parent and I’ve never known anything like this to happen, ever. He’s a good kid.”