Teen Gets Gruesome Hookworm Infection At Beach During Mission Trip 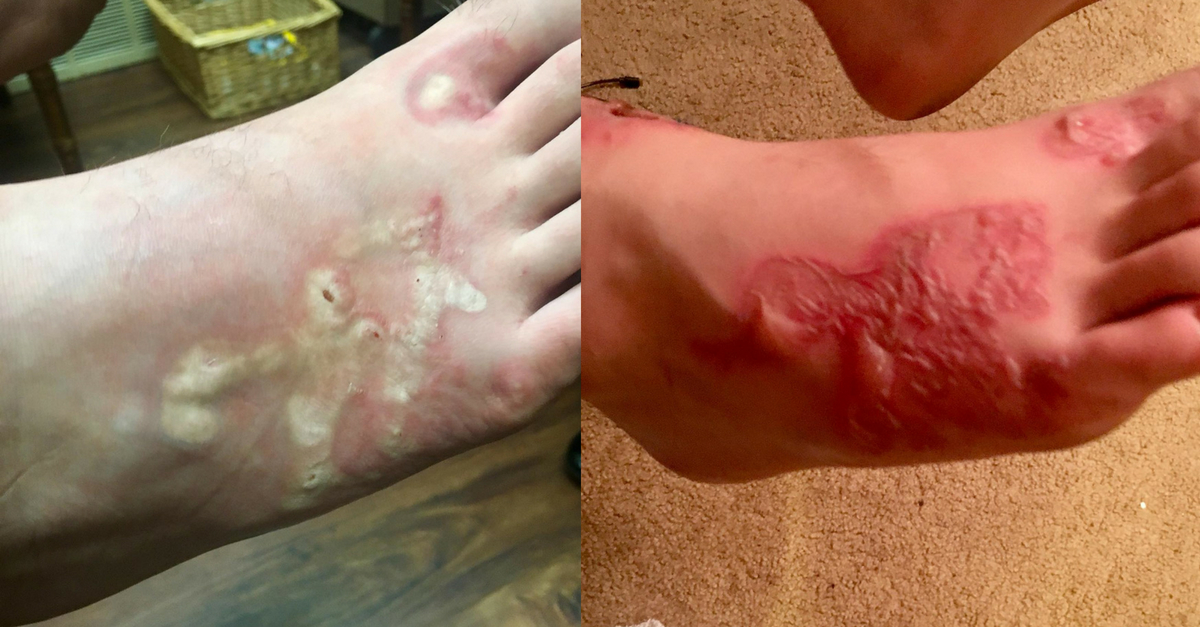 A Memphis teenager is suffering severe pain after he contracted hookworms while on a mission trip.

Last month, Michael Dumas, along with some friends decided to go to  Pompano Beach in Florida, where the teenagers innocently decided to bury each other in the sand. However, they were unaware that the soil around the area was contaminated. Through a Facebook post, his mother, Kellis Dumas, stated he is now in extreme pain and is taking a variety of medications, that cost over $1,300 after insurance. In the post, she comments that officials in Pompano Beach told her everyone knows to wear shoes on the beach, due to parasites. Yet, Michael, along with four others who were on the mission trip didn’t know of the warning, and all contracted parasitic infections.

Brace yourself, these photos are a tad graphic.

Usually, hookworm eggs or parasites live off other living things, affecting one’s skin, lungs, and small intestines. Humans contract hookworms though larvae found in dirt contaminated by feces. According to the Centers for Disease Control and Prevention, hookworm infections occur in an estimated 576 to 740 million people worldwide. The parasites normally affect people in developing countries and the subtopics or tropics due to poor sanitation. One can lower their risk of being infected by wearing shoes when you walk outdoors, properly cleaning and cooking food, and practicing proper hand washing. Experts did state hookworm infections or parasitic worms were rare in the United States.

One might actually be prone to the infection if they are otherwise healthy, have a low parasite burden, and eat foods with iron. Yet, if you do experience symptoms, they normally start with a small rash caused by an allergic reaction in the area that the larvae entered, followed by itchiness. Once in your system, the hookworm will grow in your intestines, causing diarrhea.

The most common symptoms of the infectious disease include,

Read More: Health Officials Announce Half Of Kansas is at Risk Of West Nile Virus