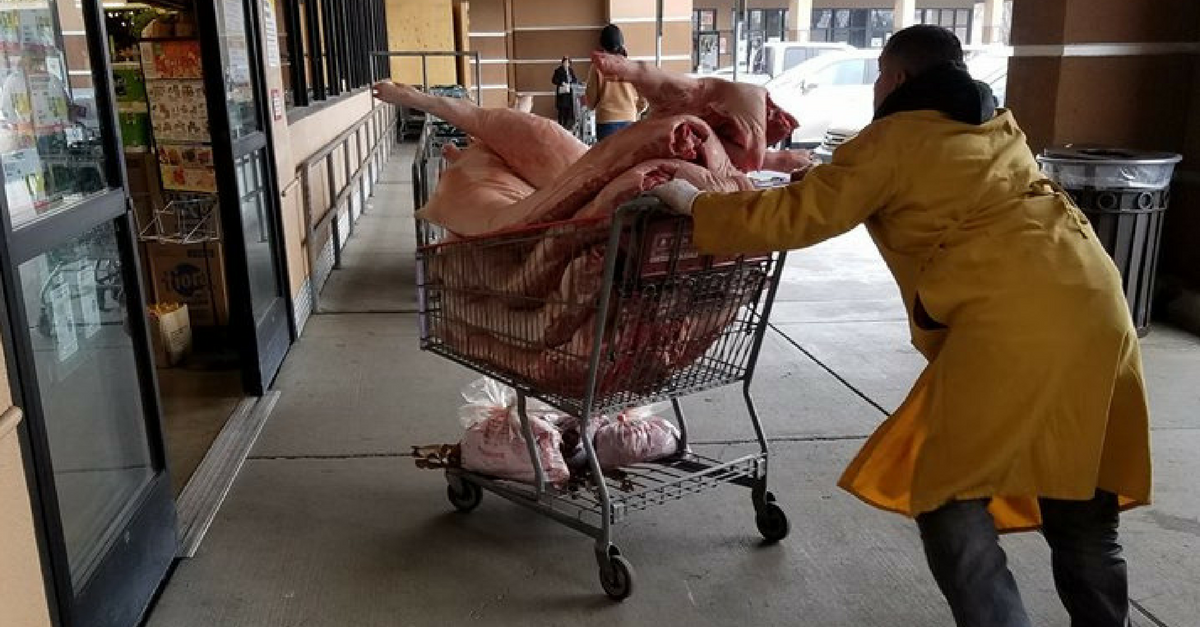 A woman shopping at a California market over the weekend was shocked and sickened to see raw meat being transported into the store in a Costco shopping cart.

Loretta Seto was picking up a few items for a barbecue when she noticed one of the market’s vendors, Jim’s Farm Meat, pushing uncovered, raw meat into the market’s entrance using a Costco shopping cart. Horrified by what she saw, she quickly snapped a few pictures and shared them on social media in order to warn others of the gross practice.

“Beware: Costco shopping carts (Automation Parkway in San Jose),” she wrote on Facebook alongside two photos from the incident showing the nauseating delivery. “We were at the 99 Ranch Market across from this Costco and saw their vendors delivering meat with Costco shopping carts!! Talk about disgusting! I’m usually okay with sticking the kids in the seat of the basket, but this is a whole new level of gross. Beware.”

RELATED: Woman tries to return Christmas tree in January — and people have many questions

Before too long, the post went viral with hundreds of social media users expressing their outrage towards the disturbing scene.

“No doubt a health code violation,” one user pointed out. “You could get really sick, especially a young child.”

After Leto posted the pictures, the Santa Clara Department of Environmental Health opened an investigation into the matter. Meanwhile, the market confirmed they tossed all of the meat from the Costco delivery immediately after learning about it. They even apologized directly to Seto, commenting on her Facebook post and saying, “We are taking the necessary steps to resolve this issue by investigating this case further and filing a complaint against our vendor.”

Costco has not yet responded.

RELATED: A screaming man with a gun walked into a Kansas Costco — an off-duty cop took care of the rest