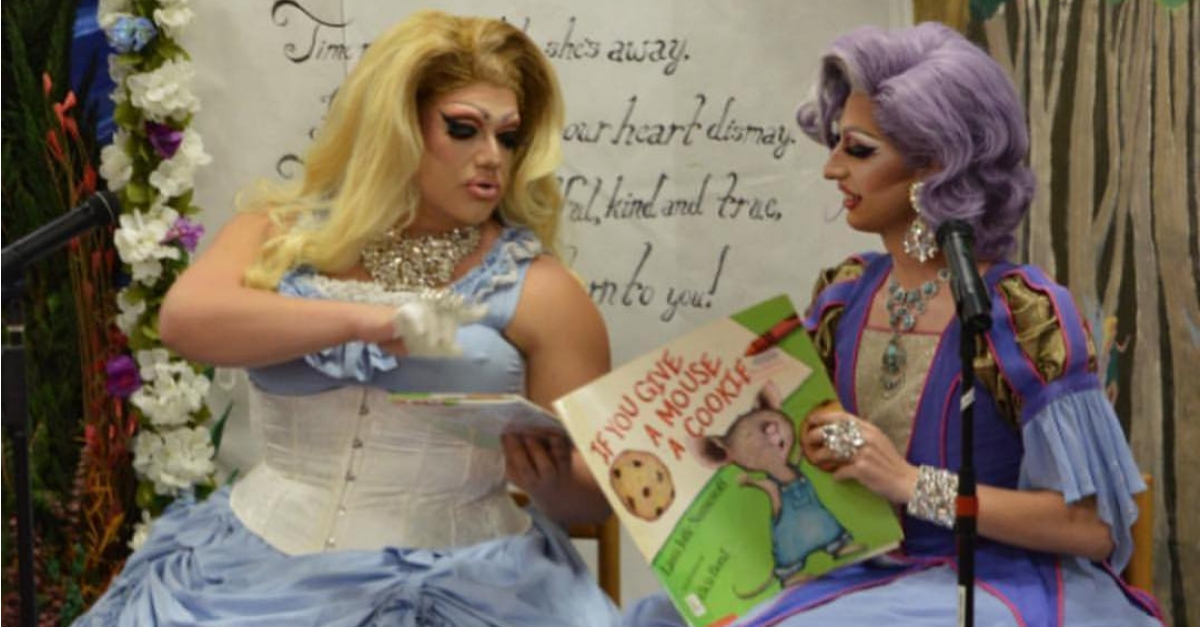 Drag queens in Houston, Texas are bringing a whole new meaning to the phrase, “The library is open.” The Freed-Montrose Neighborhood branch of the Houston Library in Texas loves sharing fun and informative events with the community, including a monthly drag queen story hour to promote love and acceptance of everyone. However, one group of anti-gay activists have been protesting the event since it started a year ago. And that’s not all, just recently the group filed a lawsuit against the Houston Public Library claiming it violates their freedom of religion.

This isn’t the first time people have raised their voices against a drag queen story time. Earlier this month the Lafayette Public Library faced criticism after Lafayette Mayor-President Joel Robideaux issued a statement indicating that he may try to cancel the event. The National Coalition Against Censorship spoke up stating,

Robideaux is certainly free to express his opinion. But any attempt to use his power to compel the library to cancel programming because he dislikes the viewpoint it expresses puts him at risk of violating the First Amendment…As a public space, it is crucial that the library be free to host programming that may not appeal to all citizens, but that fosters open discussion and encourages discovery.

Houston and Lafayette are not the only places promoting self-acceptance and sharing queer role models to the local community. Drag Queen Story Hour, a non-profit organization created by Michelle Tea and RADAR Productions, hosts drag queen story hours and currently has chapters in over 100 cities across the globe including New York, San Francisco, Los Angeles, Chicago, and even Hong Kong.

The organization shares that their programming captures the “imagination and play of the gender fluidity of childhood” and gives kids the chance to see people who defy rigid gender restrictions. Like the libraries, the group has been a target for several anti-LGBTQ attacks on their programming.

Sharing a high five with my new best friend Wyatt.

The Houston lawsuit was filed on Friday, October 19th, by a group who opposes marriage equality. They describe themselves as ?Christ followers,? taxpayers and card-carrying library patrons. The group includes evangelical minister and anti-gay crusader Chris Sevier, who tried to marry his 2011 MacBook to argue the claim, if-gays-can-marry-each-other-then-I-want-to-marry-my-computer.

The director of the library and Houston?s mayor, Sylvester Turner, are both named as defendants in the lawsuit.

Watch: The 8 Costco Shopping Hacks You Can Use to Save Money