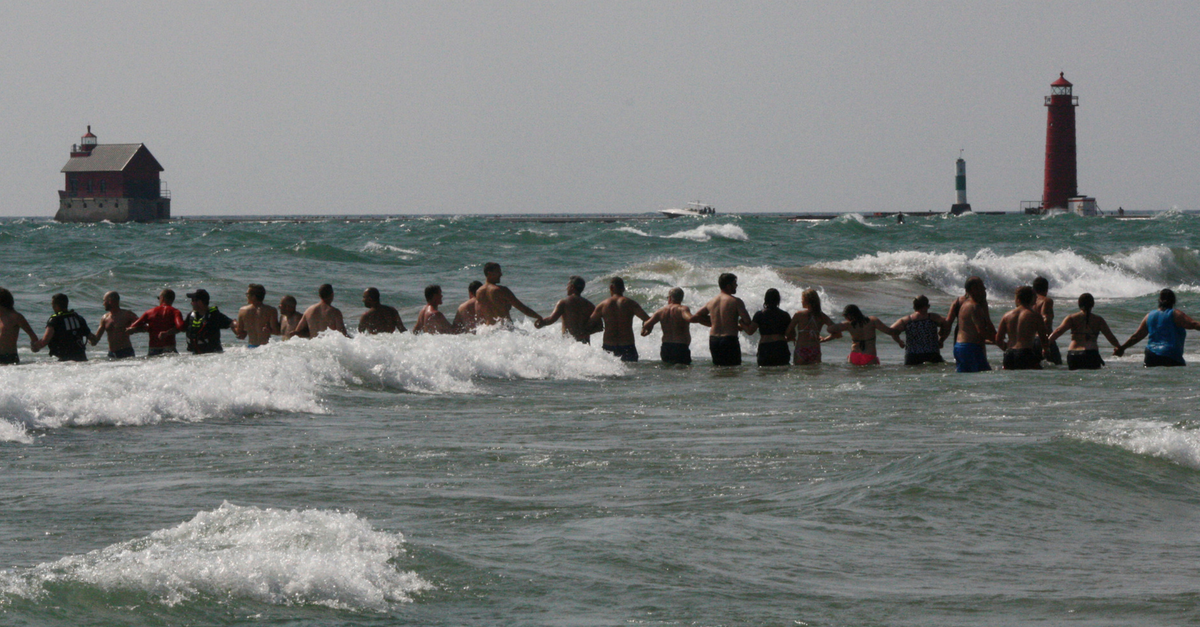 It’s hard not to be overwhelmed by the terrible news we read day in and day out, whether it’s about a dog dying after being left in a hot car or how just one dog tag was returned with 55 soldiers’ remains from North Korea. While this story from the Grand Haven Department of Public Safety does not end happily, it does end with hope that even in the worst of times, we can still come together to save lives.

Beachgoers came together to form human chains into Lake Michigan over the weekend to rescue swimmers from rip currents and rough waves that ultimately ended in two drowning deaths and three almost-drownings. Water rescues began around noon at Grand Haven State Park Beach before the beach was closed by authorities. Becky Vargo for the Grand Haven Tribune captured this video of the amazing rescue efforts.

The human chain rescue formed to save 64-year-old David Knaffle of Wyoming, but he was found unresponsive and later pronounced dead. The beachgoers aided the Public Safety Officers deployed to the area and without their assistance, it’s possible that his body would not have been found. About four hours later, a 20-year-old man from Lansing, Michigan was pulled from the waters after being found by the human rescue chain. He also passed away.

The human chain is typically a move seen in protests and carries a hefty political weight, but in this case, it’s inspiring to see this used to save. It’s not the first time it’s been used as part of a beach rescue. Consider the Florida family that inspired a human chain rescue last summer as rip currents swept them out to sea. The entire Ursrey family was saved, all nine members.

The amazing rescue was captured multiple news outlets on the scene. As sad as a trip to the beach may be without water, if you notice hazardous wave conditions or rough waters, take caution when swimming.