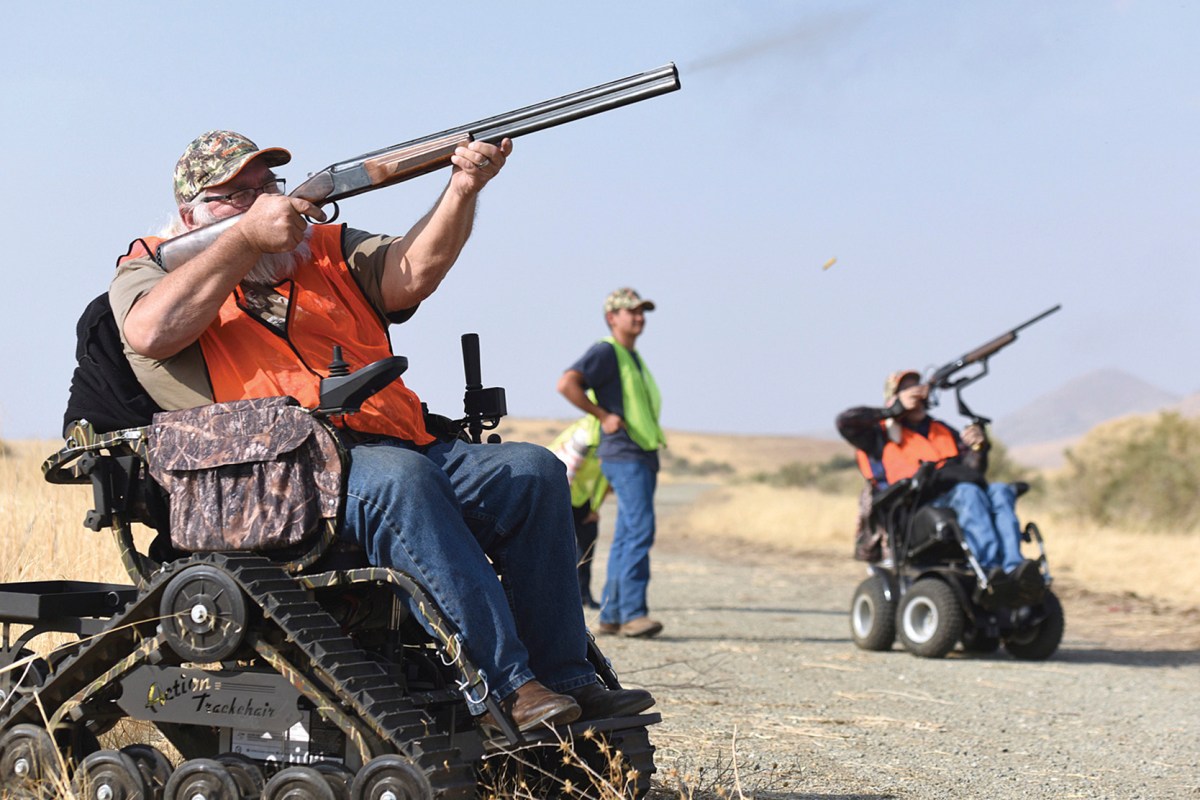 A Utah man who has been in a wheelchair for more than three decades has created a pheasant hunt for people like him who need help getting into the outdoors.

Clint Robinson broke his neck after being thrown off a horse at a rodeo 32 years ago. He’s done his best to keep getting into the outdoors to hunt and fish, the Daily Herald in Provo reports.

The event he calls “Wheelchairs in the Wild” pairs people that have physical disabilities with hunters who help them with whatever they need. Many go in off-road vehicles.

“What we’re trying to do is get new injured, handicapped people back out into the field, trying to get them back out, enjoying the outdoors and wildlife that’s out there and show them that there’s other things that they can do besides sitting in the house doing nothing,” Robinson said.

The youngest hunter at last year’s event was 13-year-old Missy Cowley who has spina bifida. Her father loves to hunt but didn’t know how accommodate her wheelchair. Her mother, Cindy Cowley, said it was amazing to find a program that allowed her daughter to go hunting.

“We always told her when she was little, you can do everything you want to do … but we just got to figure out a way,” Cindy Cowley said. “(But) we really did not know how we were going to get her up there to (hunt).”

Missy Cowley said it was a great experience that also allowed her to meet other people who use wheelchairs.

“I was like, this is awesome. I can actually do it,” Missy said. “It was really fun. And I love being outdoors.”
Division of Wildlife Resources law enforcement officer Jerry Schlappi, who helped with the event, said Robinson is a perfect role model showing other wheelchair users with disabilities that they don’t have to give up what they love.

“He’s never let his disability or whatever slow him down,” Schlappi said. “I think his whole thing is just giving people an opportunity and showing them that they can still do it.”