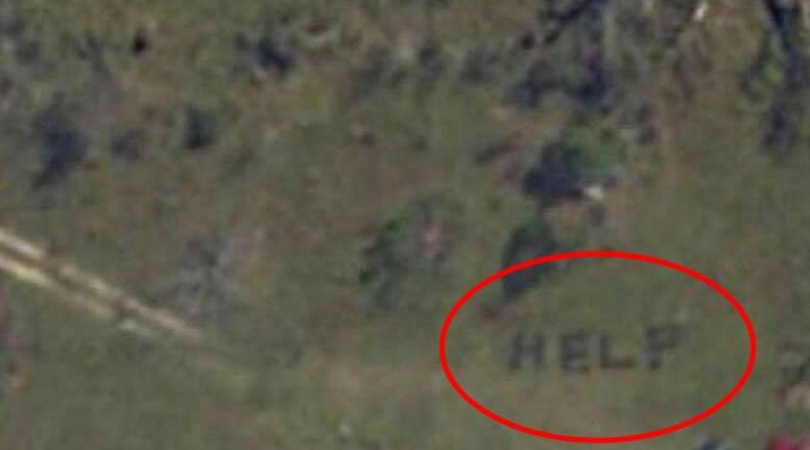 A Family in Florida was able to escape the devastating floods from Hurricane Michael, thanks to their creativity with logs surrounding their property. Rescuers were able to find the family trapped after they spotted the word “HELP” captured by satellite images.

According to Fox News, Amber Gee was using the National Oceanic and Atmospheric Administration interactive aerial map to see the damage on her grandmother’s property, when she noticed the word spelled out on the yard. Gee’s uncle used logs to form the letters after the family became trapped on the property under the storm that caused trees to block to area.

In a state of shock, Gee immediately sent the satellite image to Bay County Emergency Management, where she asked for help to save her relatives from the storm. Deputies responded and went to the property to help rescue the group. Florida Emergency Services posted on Facebook the situation, stating it was an incredible story of how working together can save lives.

Michael was considered a Category 4 storm with 155 mph winds, making landfall in Mexico beach, roaring across Florida’s Panhandle into Georgia. The storm managed to flatten trees and damage structures in its wake. Gee thought her grandmother and other two relatives had evacuated the area, but her uncle, his wife and a friend had ended up staying at the house in Youngtown, which was located 20 miles northeast of Panama City.

At least 18 deaths have been reported due to the storm, leaving behind damage that shocked several around the area. Governor Rick Scott stated the storm damage will require officers to help meet housing needs of residents of the next several months. Thousands of people are left without power on Florida’s Panhandle for at least one more week.