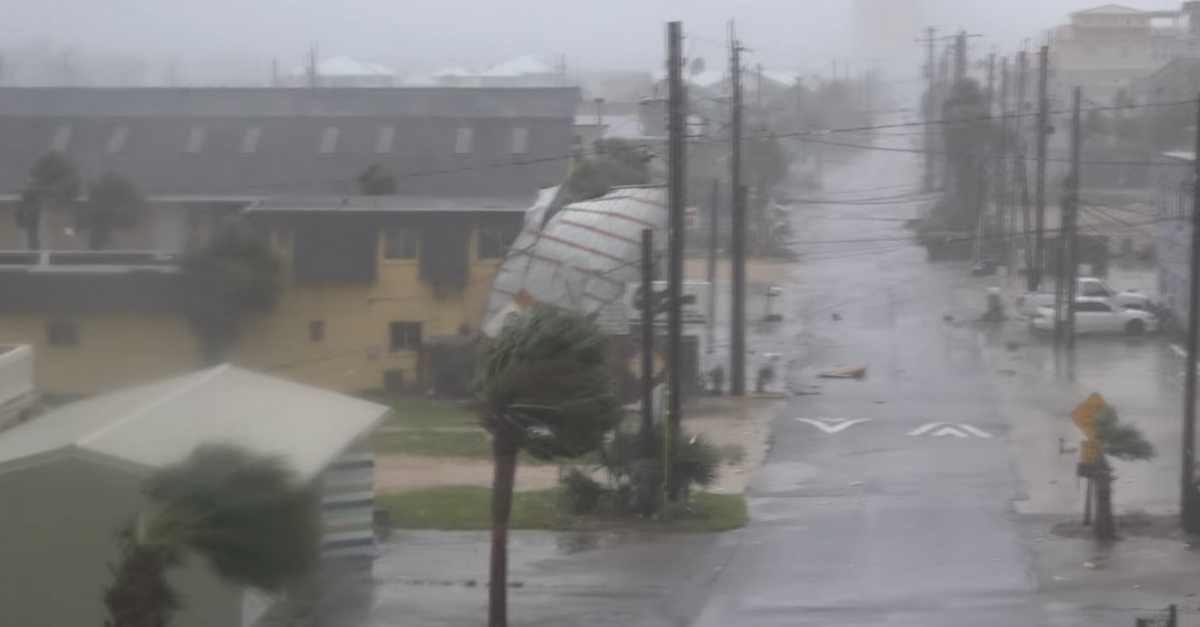 Hurricane Michael was upgraded to a Category 4 hurricane overnight and made landfall on the Florida Panhandle near Panama City Beach and Mexico Beach this afternoon. Its collision with the Florida coast so far has been stunning and violent. Videos have been posted throughout the day as the hurricane hits the Gulf Coast and one in particular taken in Panama City Beach, Florida shows the insane power of the storm.

In the video wind gusts up to 150 mph are seen ripping off the roofs of houses and buildings and even pushing down walls. It looks more like the popular spring break spot is getting bombed than hit by a storm. This video, taken by Aaron Rigsby of Live Storms Media, was shot today as Hurricane Michael hit the coast.

Weather services and authorities expect both the winds and storm surges from Hurricane Michael to cause significant damage to the Florida Panhandle. A storm surge of nearly 8 feet was reported at Apalachicola. Other parts of the state in the path of the storm have reported storm surges of up to 5 feet.

Hurricane Michael will also cause nearly one million people to be without power, not just on the coast but inland as well in Alabama, Florida, and Georgia. All the way up to the Carolinas, destructive flooding from the storm’s rains is expected.