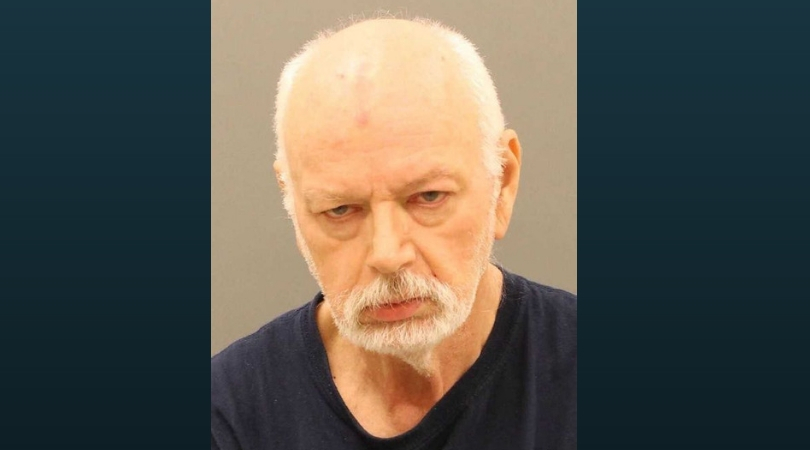 You know how there are just some people who do crazy things that one can never explain? Well, this is exactly that, because a 66-year-old man from Hagerstown, Maryland was arrested and charged with one count of assault after he was seen yanking his wife by a leash at the York Fair.

Yes, Walter William Wolford was seen ‘walking’ his wife, Catherine Wolford by the neck, causing red marks around her throat. The witness immediately contacted West Manheim Township police, after she saw the woman had an 8-foot red nylon dog leash attached, attempt to walk forward, and Wolford yanking the leash until the slack had gone out of it. The strength of the yank caused the victim’s head to jerk backward.

While questioning Wolford at the West Manchester Township Police station, the arresting officer stated the victim was “very disoriented”, and was looked at by emergency medical personnel. Experts stated she did not know her name, where she was and spoke gibberish.

Wolford, who according to officers was agitated and ’embarrassed’ about the situation, stated his wife was suffering from advanced-stage dementia, and that five years ago, the doctor had given her two years to live (I swear I’m not making this up). He also told police that last year while attending the York Fair, she was not wearing any restraints, causing her to wander off, and was lost for over an hour.

This year, to “avoid a similar situation like that”, Wolford decided to restrain his wife to prevent her from getting lost, coming up with the leash idea. According to his statement, the man originally had the leash around his wife’s waist, but it slowly worked its way up to her neck. When she walked away, Wolflord allegedly “gently tugged” at the leash, so she would stop walking.

Wolford’s son and daughter-in-law attend the Fair and told police Wolford was not abusive toward his wife. Police charged the husband with simple assault, consulting with the York County District Attorney’s Office and the York Area Agency on Aging, and was released on a $5,000 unsecured bail.

Now, I’m not an expert in cases like these, far from it, BUT someone get this man’s toxicology screening. I mean, he HAD to be on crack or some sort of drug that makes you go ultimately insane. First of all, how does a leash go from someones ‘waist to their neck’, gravity does not work that way, my man. Second of all, dementia is not solved with a leash, and third, what kind of person thinks putting a leash on someone’s neck is only qualified as a simple assault? What is going on with the world these days?

Watch: 10 Outrageous Snacks at the State Fair of Texas