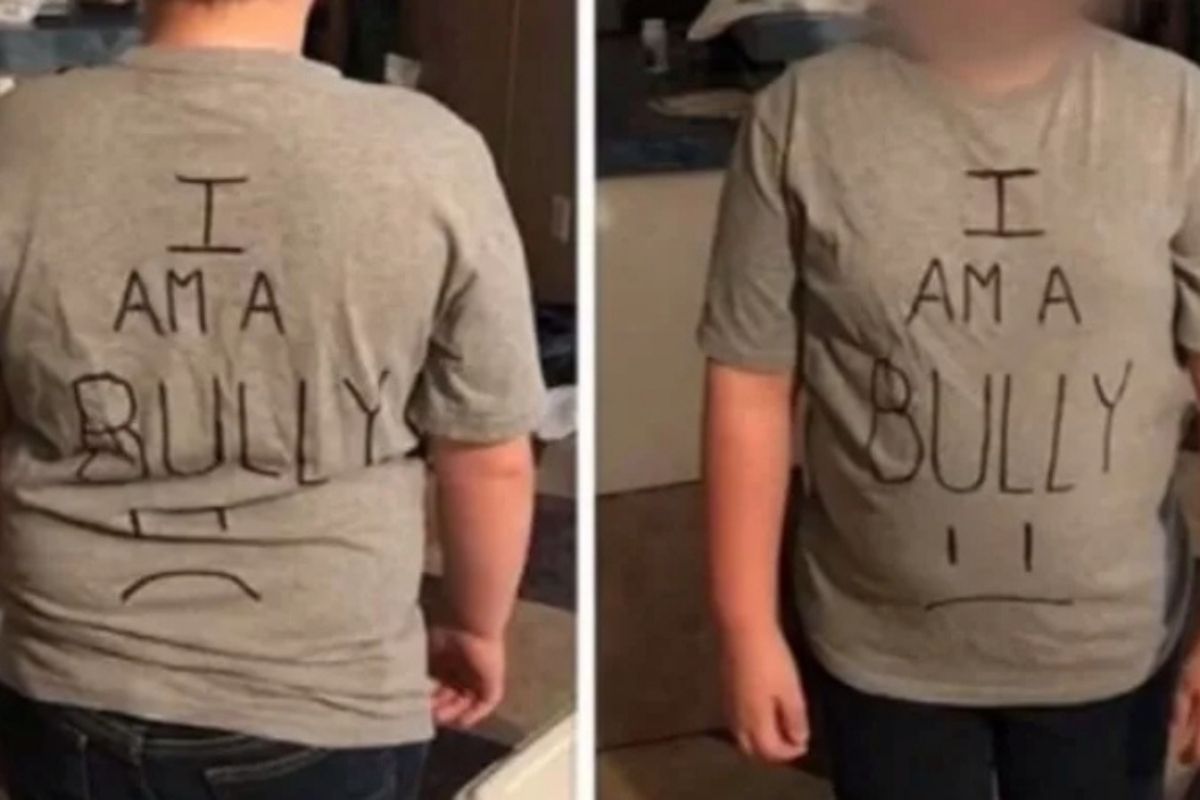 A Texas mother is right on track to win parent of the year after she gave her son a lesson he will never forget. The mother stated her fifth-grade son was calling other boys “idiots” and “stupid”, and to keep her son from going down the wrong path, she forced him to wear a t-shirt to Greenleaf Elementary that read, “I am a bully.”

After posting a picture of her son on Facebook, she began to receive negative feedback from users, ultimately forcing her to take it down. Describing herself as an ‘old school parent’ who doesn’t coddle her children, the mother, named Star, stood by her actions, saying she was trying to reach out to parents of any of the kids her son might have bullied so each of them can get a personal apology. No sugar-coating that, huh?

Dr. Richard Pesikoff, a child psychiatrist at Baylor College of Medicine, said he understood the mother’s motives behind the shirt but is afraid the situation might do more harm than good. He believes embarrassing a child can solidify a negative identity. The mother should have found somebody to help her “find an alternative method” to help her son and the situation itself. Yet, according to Star, the school was 100 percent on board and understood why she was doing it. They released a statement confirming as much.

“Ensuring a safe physical emotional and social environment is one of the Splendora ISD core principles. With that in mind our counselor checked on the child throughout the day on Friday and plans to follow-up with the student and parent early this week.”

When asked about what he learned from the situation, the son said he didn’t like the way he felt and didn’t want anybody else to feel that way because of him. The mother says the situation helped him realize what he was doing and has been treating his sisters, cousins, and friends better. So, problem solved?

Honestly, I kind of applaud her. As any parent would, the mother acted fast and came up with the idea to stop the situation from progressing.

Editors Note: This article was originally published on September 19, 2018.