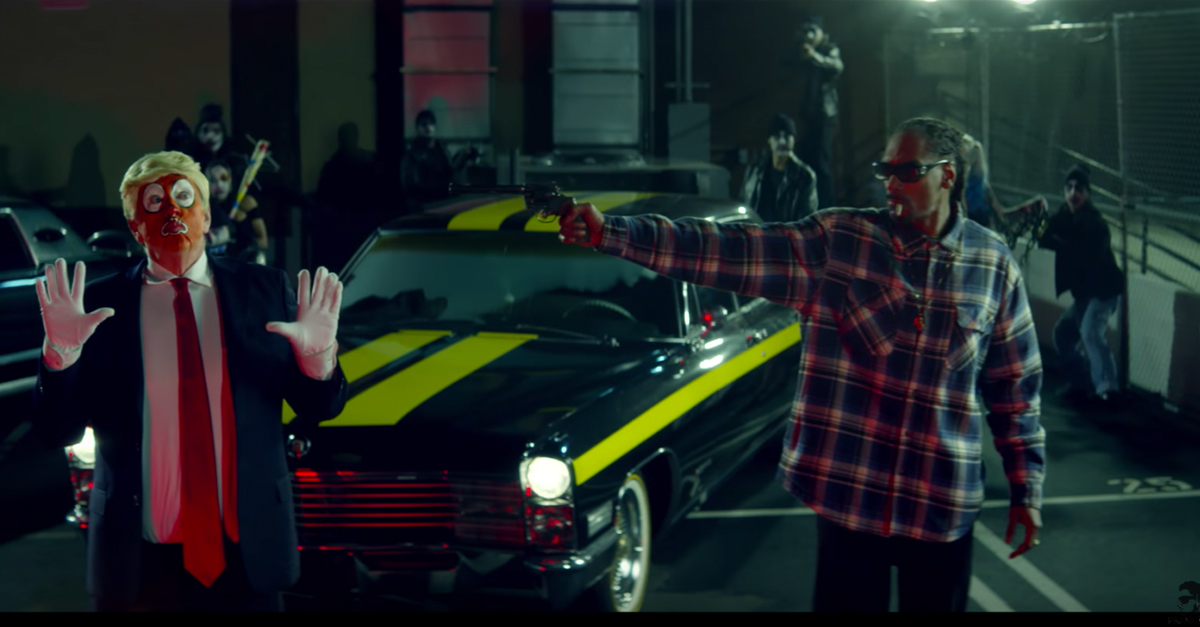 Rapper and actor Ice-T has come to the defense of his friend Snoop Dogg after Snoop appeared in a music video where he points a gun at a man dressed like the President of the United States.

Snoop appears in the video for “Lavender” by Canadian music group BADBADNOTGOOD. Everyone in the video appears in clown makeup. The video draws to a close with Snoop pointing a gun at Trump and pulling the trigger. Instead of a bullet, a cartoonish flag that says “BANG” comes out of the gun.

RELATED: Ice-T talks life on set of ?SVU? and why turning down the role would have been ?stupid?

According to Ice-T, people shouldn’t be offended by this, and should understand that Snoop was making art.

“It’s basically him saying that everybody is a clown, including Trump…which I think we all agree,” Ice-T told TMZ.

Even though he defended his friend, Ice-T agreed that Snoop approached the line of what is appropriate and what is not.

“You can’t kill the president, I think we all know that. He pushed the line,” he said. “I think he’s playing the line.”

When asked if he would be mad if someone shot former President Barack Obama in a video, Ice-T said that Trump opens himself up for more ridicule than Obama ever did.