If you can’t get there from here, it’s probably Irma’s fault 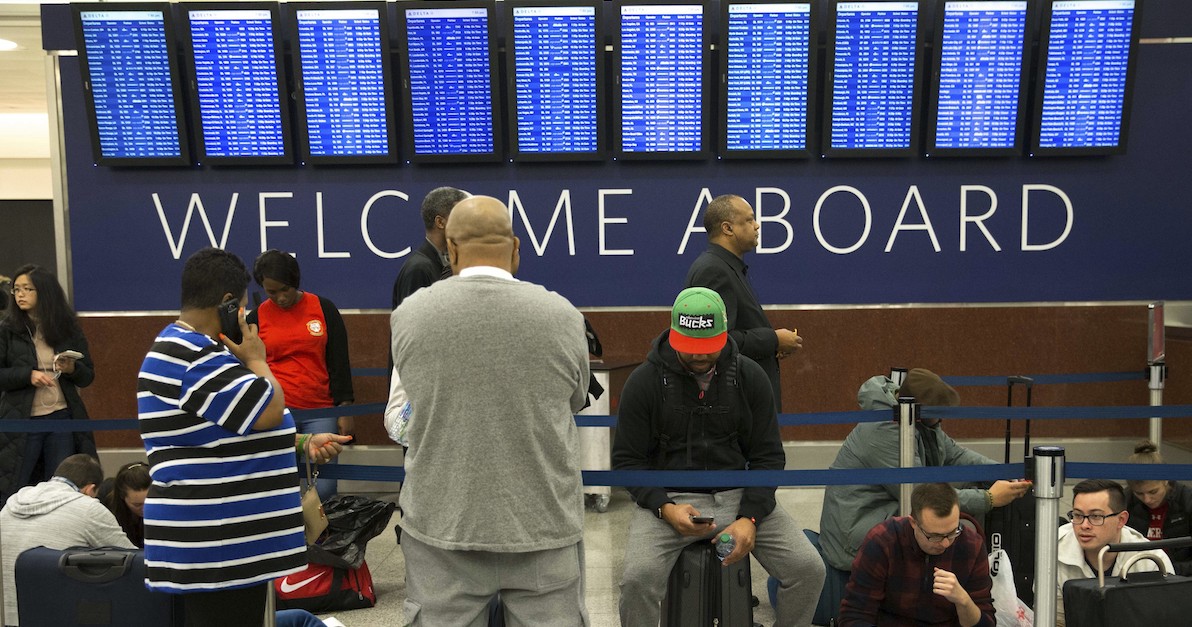 Irma’s reach continues to extend well beyond Florida as she lashes her way through the southeast, leaving thousands of cancelled flights and missed connections in her wake.

Atlanta’s Hartsfield-Jackson International Airport — the busiest airport in the world in terms of passenger traffic, a primary hub for Delta and a “focus city” for Frontier, Southwest and Spirit airlines — usually handles nearly 2,500 flights per day, per CNBC, but already had about 800 cancellations as of Monday morning, according to the Associated Press.

The airport will still be operational Monday, and on-the-ground experts will monitor storm conditions, airport spokesman Andrew Goebeil said, and the airport created an “overflow parking plan” for planes unable to land in Florida and other hurricane-ravaged airports to park in Atlanta until it’s safe to leave — and once flight schedules can be untangled.

RELATED: One last flight makes it in and out of Puerto Rico ahead of Irma — barely

Grounding crews at major hubs like at Atlanta keeps them and the aircraft safe but also keeps the carriers ready to spring back into action with a close-to-full schedule as soon as conditions allow them back in the air.

With at least 10 Florida airports already suspending flights and now Atlanta down for the count, the ripple effect is expected to impact travel plans across the country throughout the week. Airlines started waiving change fees to and from the Caribbean last week and eventually moved to include U.S. routes in and out of airports as far north at Tennessee as the path for what’s left of Irma, now a tropical storm, became clearer.