He told media in mid-2016 that he was a lifelong Democrat, and that he wouldn’t be voting for the man his brother was helping to win the presidency.

Now, Josh, younger brother of Jared Kushner, has gone even further — he attended the weekend’s largest protest against the Trump inauguration!

Some estimate the Women’s March more than doubled attendance at the Trump Inauguration. Organizers say around 500,000 showed up to protest President Trump.

RELATED: Ivanka Trump and Jared Kushner have been spotted in D.C. for a very important reason

And an attached photo confirmed the spot.

Oh hey, it's Jared Kushner's brother at the #WomansMarch pic.twitter.com/Zln3So53oa

She says another marcher took the initial picture. Joshua was among many celebrities and political figures who attended marches in Washington, D.C., and elsewhere yesterday. 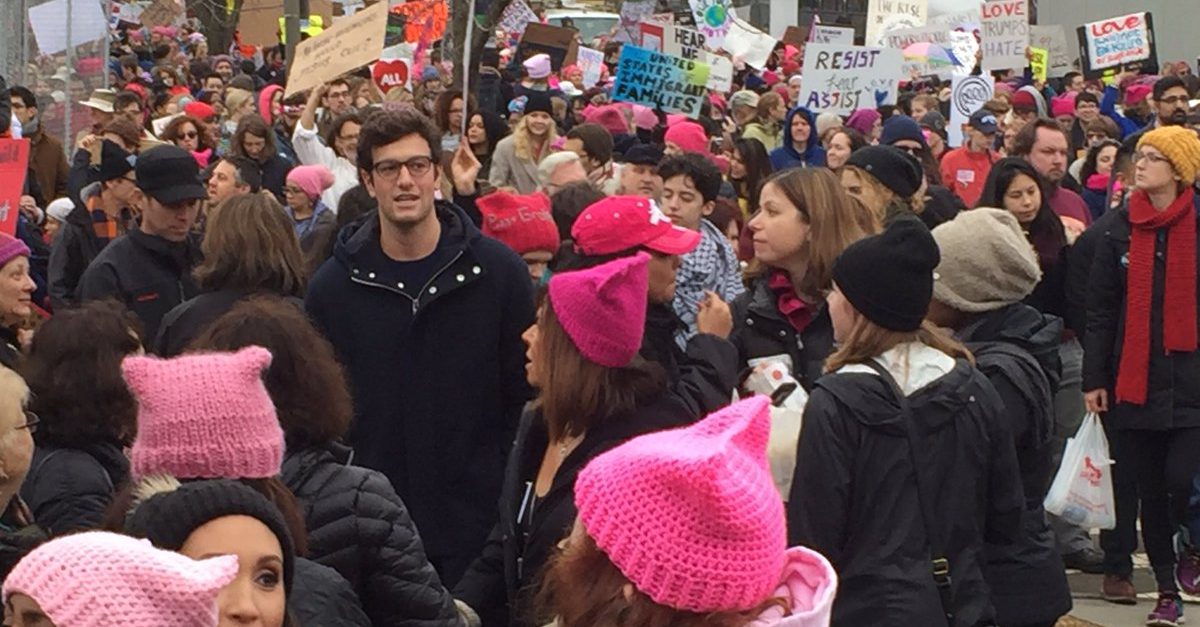