Menu
Follow us
Search
Menu
Search
ROMA, TX - AUGUST 17: A U.S. Border Patrol agent searches an immigrant from Central America while taking him into custody on August 17, 2016 near Roma, Texas. Thousands of Central American families continue to cross the Rio Grande at the Texas-Mexico border, seeking asylum in the United States. Border security has become a major issue in the U.S. Presidential campaign. (Photo by John Moore/Getty Images)

The two dozen homeless men and women had spent the night in a hypothermia shelter in Alexandria, Va.’s, Rising Hope United Methodist Church. The Intercept says the church has served as a shelter for 15 years; volunteers serve a hot dinner, then let the homeless sleep on the floor of the church for the night. They’re up and out by 7 a.m. the following morning.

But earlier this month, the sanctuary — seated in a left-behind surburban strip of Virginia’s Route One, near a tattoo parlor, a Goodwill and an Aldi — became the site of an Immigrations and Customs Enforcement (ICE) raid.

RELATED: This Supreme Court decision could approve the deportation of millions of immigrants from the U.S.

“They just jumped out,” says Ralph, a man who’d stayed in the shelter the night before. Ashley, who witnessed the raid from across the street, said, “They just looked like regular cars, then the agents jumped out. It looked like regular police, but the vests said ICE.” Neither witness would give their last name, citing safety fears. They say six or seven people were arrested that day.

Both Virginia Governor Terry McAuliffe and Virginia Senator Tim Kaine sent letters to ICE demanding information about the raid; the agency has yet to respond to either one in the public sphere.

Oscar Ramirez was detained, interrogated, fingerprint scanned, then released after persuading ICE agents he possessed a valid green card. He told The Connection, a Virginia local paper, that agents had mobile fingerprint scanners, which they used to tag everyone they’d swept up in the raid. They cornered the group using a half-dozen unmarked police cars.

When contacted by The Intercept, a spokesperson for ICE said that agents “conducted consensual interviews” and “identified two criminal aliens.” They would neither identify how many were arrested nor how ICE came to target that church, let alone any church.

Rev. Keary Kincannon, the pastor of Rising Hope, says it’s obvious to him that his church is a target. Kincannon founded the church from the trunk of his car over 20 years ago. Today, his church has a large and still predominantly homeless congregation.

Whether ICE can legally target churches like this is a question that is, for now, missing an answer. They’re supposed to obey a “sensitive locations” policy that would keep them from conducting raids on schools, houses of worship, and hospitals — traditionally safe places where a police raid might do real harm. Under this policy, entering these locations to conduct immigration activities requires urgency and higher-level approval than others.

ICE has been silent on the matter. They’ve not said anything publicly to suggest that the policy has been amended or revoked entirely. Rev. Kincannon is ready for them in any event, he says. “They’re not coming in unless they have a warrant. If they try and come in without a warrant, I’ll stand in the way.”

RELATED: An Obama administration taxpayer-funded program for illegal immigrants has us scratching our heads 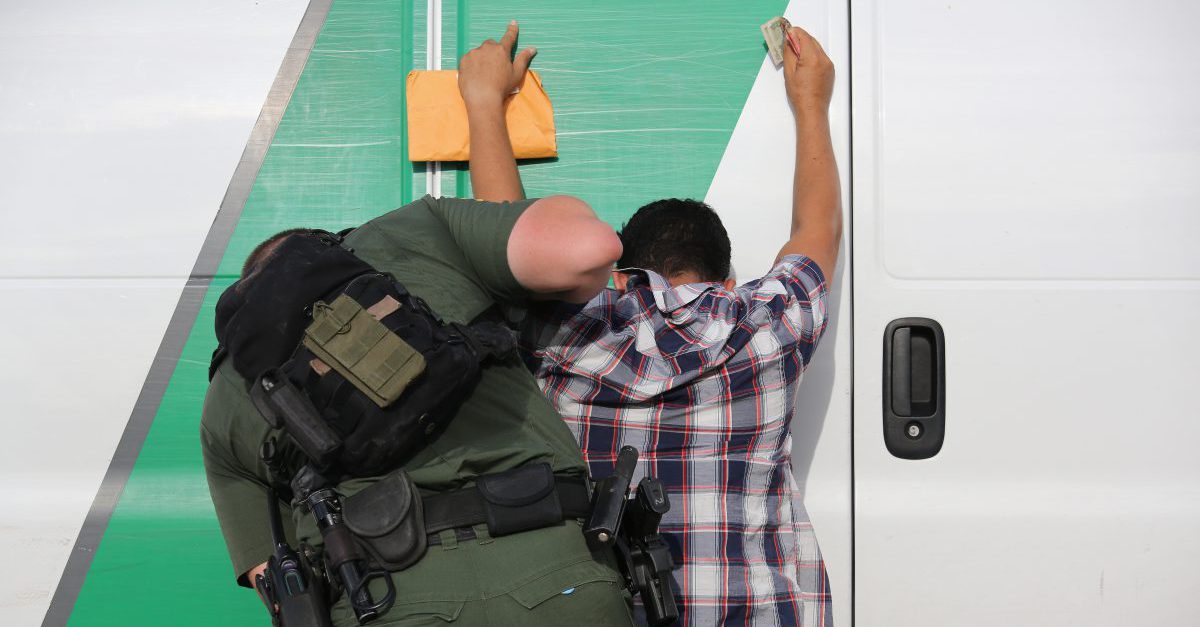