In a stunning move, the NRA takes a dig at President Trump 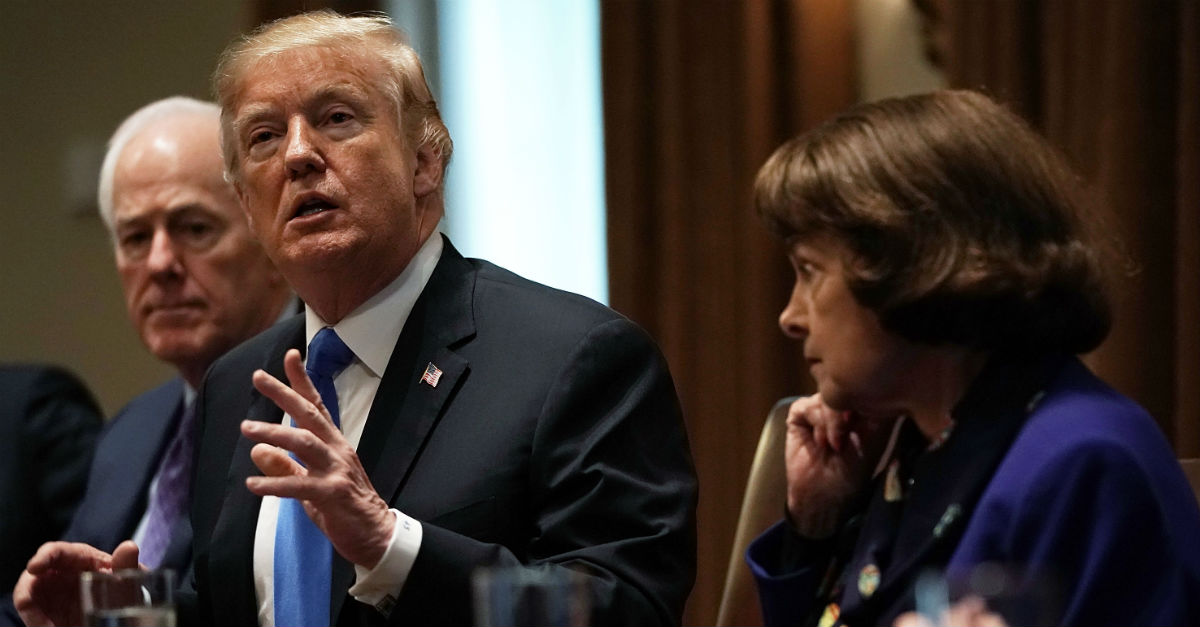 The president sat in a bipartisan meeting with lawmakers to discuss gun ownership laws following the fatal shooting of 17 students and faculty at Marjory Stoneman Douglas High School in Parkland, Florida. He reportedly made the following comment while suggesting the removal of an NRA-supported provision that would allow for permitted concealed carry weapons to cross state lines: “I like taking the guns early. … Take the guns first, go through due process second.”

JUST NOW: "I like taking the guns early," President Trump says. "Take the guns first, go through due process second."

In response, the Second Amendment nonprofit group accused the president of “punishing law-abiding gun owners” for the sake of grandstanding in a statement given to The Hill from spokesperson Jennifer Baker:

While today’s meeting made for great TV, the gun control proposals discussed would make for bad policy that would not keep our children safe. Instead of punishing law-abiding gun owners for the acts of a deranged lunatic, our leaders should pass meaningful reforms that would actually prevent future tragedies.

“Whether you love or hate firearms, we all want to send our children to safe schools and to live in safe communities,” Baker said in another statement. Still, she added, this did not necessarily mean “shifting the focus, blame or burden onto safe, law-abiding gun owners.”

Since the high school shooting, the NRA has given at least one other statement that deviated from common perceptions of the group.

After losing a number of corporate sponsorships, the NRA criticized law enforcement in a statement released earlier in the week while coming to the defense of its “law-abiding members.” The statement read, “The law-abiding members of the NRA had nothing at all to do with … the cruel failures of both federal and local law enforcement.” This was written in reference to disturbing revelations that the FBI did not act even after it was warned of the suspected shooter’s intention to cause a mass casualty incident, as well as revelations that at least four Broward County sheriff’s deputies, including the resource officer assigned to the school, did not enter to engage the shooter while the shooting was taking place.

RELATED: As many businesses dump the NRA, one has promised not to “censor based on viewpoint”