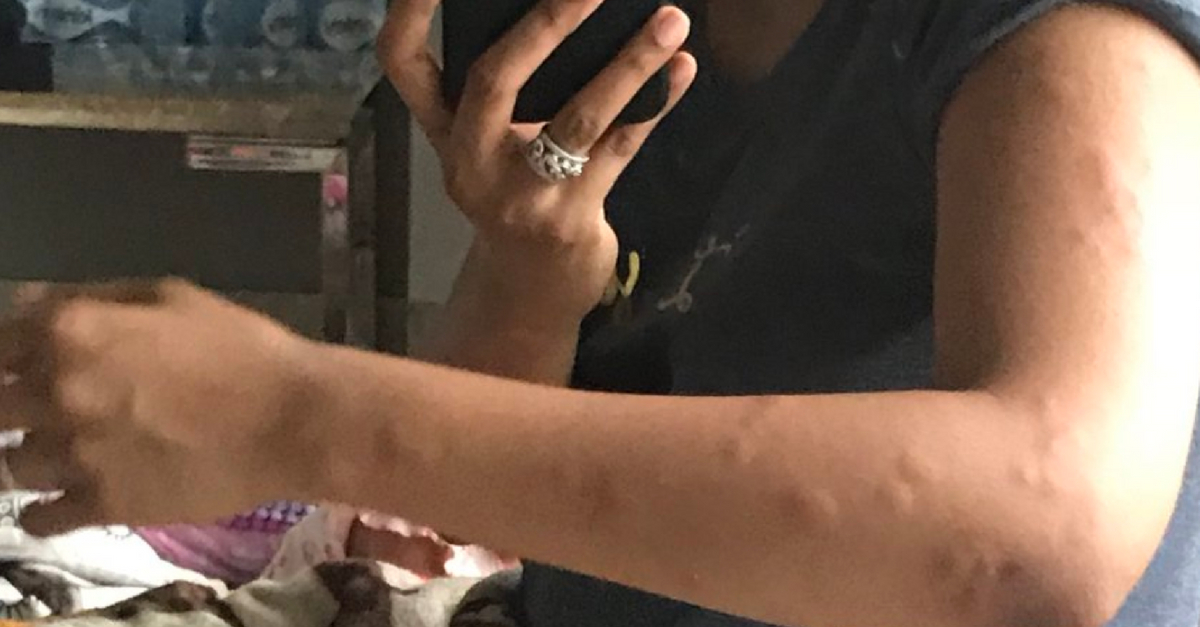 If you are like me, anything to do with creepy crawlers, such as roaches, crickets, or bed bugs, scares the bones out of you. Especially if I can?t see them, but I can hear them. There is nothing worse than hearing a chirp at night, knowing they will probably come out when you have finally convinced yourself to go to sleep.

This wasn’t the case for passengers on board a flight from Newark Liberty International Airport to India, as well as other Air India flights. According to the Times of India, the national carrier received several complaints of bed bugs in business class earlier this week. Reports state the bugs left an infant covered in bites and bleeding on it?s premium Newark-Mumbai 17 hour flight. Several business class passengers last week took to social media to vent out their anger after being bitten by these bed bugs.

Through Twitter, a man complained about the incident stating his daughters and wife suffered bites. The man stated the doctor prescribed 10 days of medicine on what a supposed to be a vacation for them. Air India issued an immediate apology.

Your safety and pax comfort is paramount for #AirIndia. Inquiry was ordered on the same day, and responsibility will be fixed. We feel your pain and empathise also. We assure you that we will allow no one to jeopardise safety and comfort of pax.

The Times of India stated that Air India had indeed received complaints but decided to ignore them. Pravin Tonsekar tweeted out a photo of the incident, with what looked like bed bugs scattered all around the seats. Air India responded by stating the aircraft was being fumigated. Another passenger posted some disturbing images about the bugs, showing bite marks all over her arms.

@airindiain @sureshpprabhu @narendramodi_in Suresh Prabhuji – just arrived from New York on Air India 144 business class with family . All our seats infested with bed bugs . Sir , have heard of bed bugs on trains but shocked to experience on our maharaja and that too business pic.twitter.com/m2GnfOpTO3

Through a statement, the airline responded to the allegation, commenting,

?Air India is deeply concerned with a few reports of bugs causing inconvenience to its esteemed passengers. The issue has been viewed seriously and every possible step is being taken to closely inspect and further strengthen our system at every level to ensure that such isolated incidents of passenger discomfiture do not affect our consistent performance.?

Now, I?m not an airport expert or anything, far from it actually, but I surely wouldn?t let any passengers near a plane infested with bed bugs if they warned me beforehand. That being said, while reported bed bug cases on airplanes are rare, unfortunately, it can happen. Especially if the flights are back to back and there is no time to clean the area. According to the National Pest Management Association, bed bugs can easily spread through an airplane?s cabin, due to the close proximity to passengers and their belongings.

Here is what you need to be aware of during flights when it comes to bed bugs on airplanes: