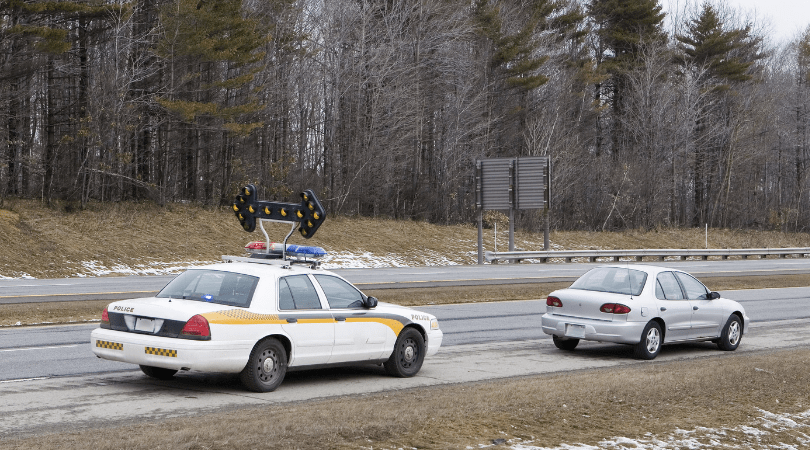 The Indiana State Police are out on the highways of The Crossroads of America helping keep drivers in the state from committing spontaneous acts of horrible but satisfying violence. In order to keep the interstates running through Indiana safe, the state police aren’t cracking down on speeding. Rather, Indiana’s state troopers are going after drivers who aren’t going fast enough in an effort to keep the distracted, discourteous, and elderly motorists in the state from dying at the hands of a stressed-out man wielding a tire iron. And also to keep traffic moving swiftly and safely.

Every perpetually late, irritated, and impatient driver’s dreams have come true. Indiana state troopers are giving out tickets to slow drivers in the left lane on the highway. If you want to go the speed limit you do it in the right lane, you nerds.

The effort goes back to 2015 when a state law passed in Indiana gave the right of way in the left lane to faster drivers. According to an Indiana State Police spokesperson, the reason for the left lane law (and the subsequent crackdown) is because slow driving in the left lane causes motorists to get impatient and upset, which leads to more aggressive driving, which in turn causes more accidents and, in some cases, road rage. Keeping the left lane clear and traffic moving, on the other hand, tends to subdue one’s urge to kill and burn everything around them.

Between 2017 and 2018 the Indiana State Police have been doing God’s work, having issued over 200 tickets for left lane violations and over 1,000 warnings to slower drivers obstructing faster traffic.

So rejoice left-lane drivers of Indiana — also anyone about to die or watching their home burn down and in desperate need of an emergency vehicle to get to them as quickly as possible. The Indiana Department of Transportation has got your back.