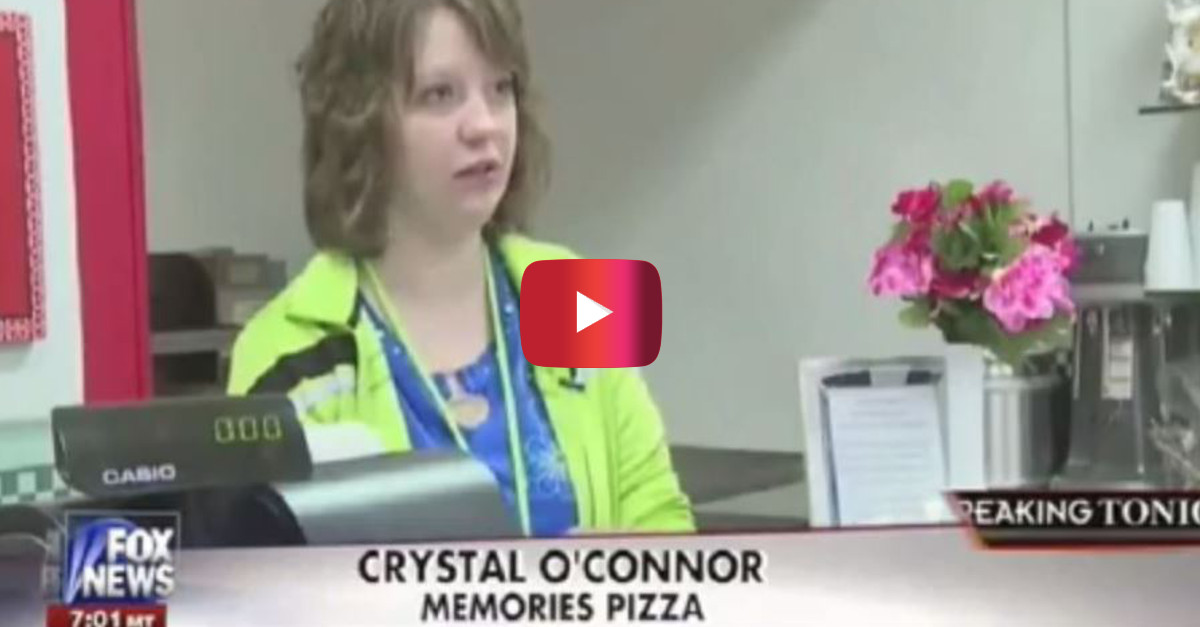 Memories Pizza, the Indiana pizzeria whose owners said yesterday they wouldn’t cater to a same-sex wedding, is temporarily shutting its doors in the wake of intense criticism.

The owner of the shop had told a local news station that while the store would serve gay customers, under the new Indiana religious freedom law it would decline to provide services to gay weddings.

The owner of the shop appeared on Fox News Wednesday to tell Megyn Kelly about his decision to temporarily close the shop.

“Because I don’t believe in something that they want, they see fit to be angry about it… It’s just been ugly. I don’t know what to call it,” Kevin O’Connor told Fox News.

“I’m just a little guy in a little town,” he added.

While Fox News claimed that the pizza place was forced to shut down, the owner’s of Memories Pizza repeatedly said it was their choice.

O’Connor told Fox that his business has been hounded by fake orders. Because the phone wouldn’t stop ringing, O’Connor closed Memories Pizza, which he runs with his wife and children, to mull over what to do next.