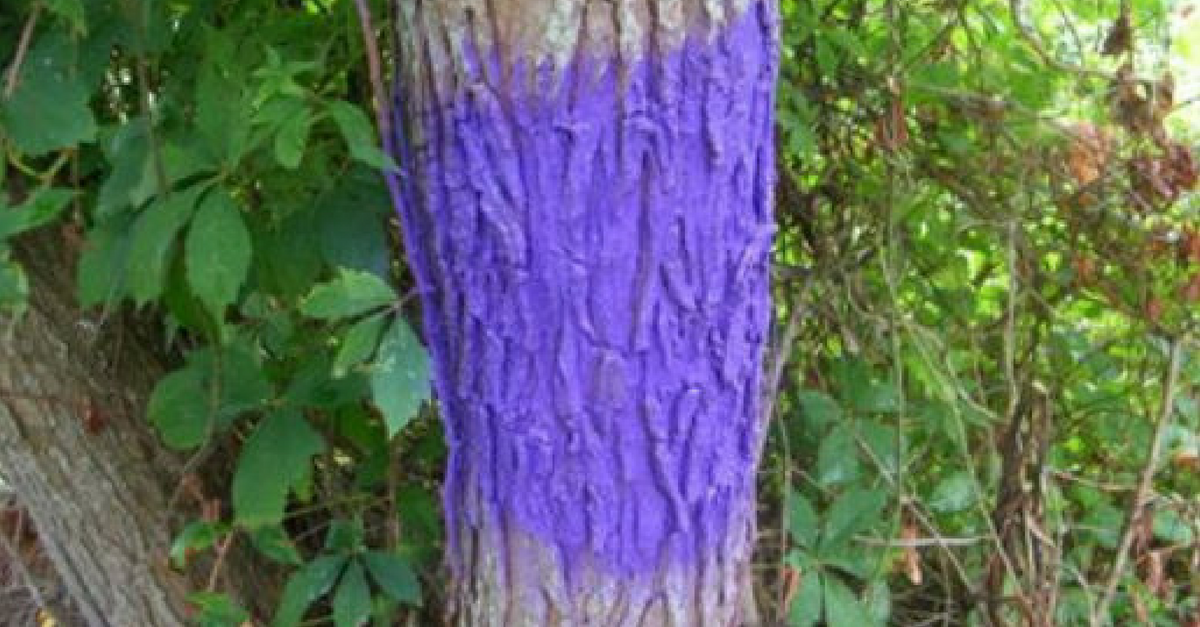 Authorities stated the new law will go into effect this Sunday July 1st, allowing property owners to mark a tree or post within their property with a purple mark on it. This line lets one know that they are in a ?no trespassing? zone.

This paint policy is said to be more effective, making it easier to protect a private property, instead of putting up signs. Why? Unlike the signs, the paint can?t be torn down and is easily seen. These lines must be at least three to five feet high and eight inches long and in a vertical line. This new law is said to be used near land served for hunting, allowing landowners to avoid replacing signs or fence posts that might be destroyed by weather or vandalism.

Justin Schneider, Indiana Farm Bureau’s Director of State Government Relations, spoke with Indiana local news stating he was in favor of the law due to a personal experience he encountered,

“Back when I lived at home sometimes we’d see people and we’d go out and put up all of our no trespassing signs, and you wouldn’t make it through the first weekend here anything that’s easily reachable had already been torn off the trees.”

?This is an efficient, simple way for landowners to keep trespassers out. It will also help minimize a property owner?s liability, prevent accidental trespassing and make it easier to prosecute trespassers. Because the paint cannot be easily removed, it can be effective for several years.?

Wolkins reassured trespassing signs will still be valid under this new law, but asks residents to be on the lookout for purple marks around their area.

The law originated back in 1987, and is currently in effect in Texas, Illinois, Missouri, North Carolina, Maine, Florida, Idaho, Arkansas, Montana, Arizona, and Kansas.

Read More: What To Do If You See Purple Paint on Posts and Trees In Texas