What You Need to Know About Deadly Asian Longhorned Ticks Invading the U.S. 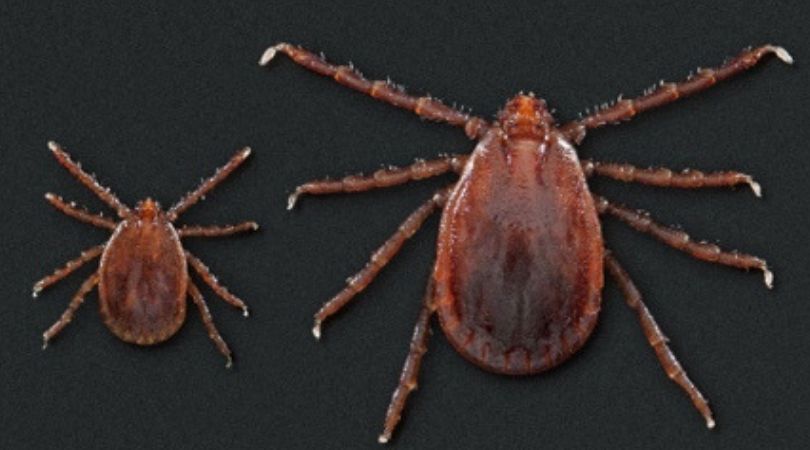 Via CDC
What You Need to Know About Deadly Asian Longhorned Ticks Invading the U.S. Via CDC

Houston, we have a tick problem! The rumors are tragically true, experts have found more creepy insect crawling around everywhere. Introducing the new invasive tick species, the Asian Longhorned Tick, that has the physical ability to self-clone itself. Yes, you read that right, it can clone itself. Told you it was creepy.

As of June 24, 2019, Asian longhorn ticks have been found in 11 states, including Arkansas, Connecticut, Kentucky, Maryland, North Carolina, New Jersey, New York, Pennsylvania, Tennessee, Virginia, and West Virginia. Which is why health officials are urging people to take precautions when discovering a tick.

What is the Asian Longhorned Tick?

Recent testing showed the Longhorned Tick is known to carry diseases that infect cattle and hogs in Asia. So far, ticks examined in the U.S. don’t carry any infectious diseases, but the United States Department of Agriculture says the insects frequently form large infestations, causing stress on warm-blooded host animals, reducing its production and growth. A severe infestation can kill the animal due to blood loss. It can infect most animals in clusters and may be able to survive during winter. (Yikes!)

Asian longhorned ticks have landed in the U.S. for the first time. Which isn’t great news, because they… – can reproduce without mating – look like this: 👉 swipe! 👉 – swarm livestock, and can drain all the blood from a cow – may be able to carry the untreatable Heartland virus – are spreading fast. Check the #linkinbio for more info 👉 @popsci

Longhorned female ticks can reproduce asexually and a single tick can reproduce and lay over 2,000 eggs after feeding on a host. Potential hosts include cattle, pets, birds, small mammals, and humans. It’s easy to confuse these particular species with other tick species due to their distinctive properties not being visible without a microscope.

According to State Veterinarian Dr. David Wolfgang, scientists do not know how the species will adapt to North American climate and animal hosts, but it has been known to survive heavy winters in New Jersey and has infected cattle and sheep in the region. This is where the tick was originally identified. It was found in large numbers in sheep in Mercer County in 2017, which was it’s first U.S. appearance.

Why is the Asian Longhorned Tick dangerous?

Agriculture officials state that the Asian Longhorned Tick is considered dangerous since it is relatively new. Meaning, scientist don’t really know about the insect involved or what disease it transmits. They also don’t know how it prefers to live or how it manages to move across the long distances. Until recent years, the tick’s home range was “understood” to be eastern Russia and China, Japan, New Zealand, Australia, and a few Pacific Islands. In those countries, it was said to harbor an array of bacterial and viral disease that infected humans, including potentially deadly hemorrhagic fever.

A post shared by HorizonPestControl (@horizonpestcontrol) on Jan 28, 2019 at 3:03pm PST

The invasive species can carry numerous disease, not just Lyme disease, including ehrlichiosis, babesiosis, anaplasmosis, and others that represent a huge public health problem. In 2018, the CDC reported that cases of disease carried by ticks tripled between 2004 and 2016. They identified that seven diseases that ticks passed to humans, several of them fatal, were either brand new, especially in the United States.

What can you do to avoid and prevent diseases from them?