Students at an Iowa high school wore U.S.A.-themed red, white and blue outfits to a basketball game against a rival high school, and many are wondering if the students were simply showing school pride as they later claimed, or if they were actually making an insensitive political statement.

Valley High was playing Des Moines North High School in a state tournament game, but afterward, the spotlight was placed on the Valley High students’ attire. The school’s colors are black and orange, and their red, white and blue attire while playing against a school with a heavy population of refugee families — and the North team is filled with players who have escaped war-torn nations — was seen as an offensive and unwelcoming gesture.

That’s how North assistant coach Morgan Wheat, a former student at Valley High, interpreted the wardrobe choice: “Any normal person, any educated person can look at that and think, ‘What the hell are these kids thinking?'” Wheat told WHOTV.com.

North High’s head coach Chad Ryan said it’s possible that Valley High’s fans were not trying to be disrespectful. He limited his comments to applauding his school’s diversity: “I don’t want to judge those young people not knowing their motives. What I will say is we’re proud of our diversity at North High School — not only on our basketball team, but our population.”

The Valley High students rejected the notion that they had anything more sinister in mind than supporting their basketball team, claiming they typically wear red, white and blue for big games. The school’s Student Leadership penned a letter, both explaining their garb and apologizing for any confusion, to the students and staff of North High School:

It has been brought to our attention that the decision by the Valley High School student section to wear U.S.A. apparel at our game last night was offensive to members of your community and fan base. We are deeply sorry if we have offended anyone in any way. We have traditionally dressed in such a fashion for great games such as the one last night. Everyone here at Valley has immense respect not only for your team and players but for your community as a whole. Please know that our intent was in no way to offend or demean—just to support our own team in a way we have done before.

According to Channel 13 in Des Moines, Valley High fans wore red white and blue during a football game against rival Dowling Catholic, a private school earlier in the school year, perhaps giving Wheat some solace.

“It’s a little different, because I’m the only one of the coaching staff that went to Valley,” Wheat said. 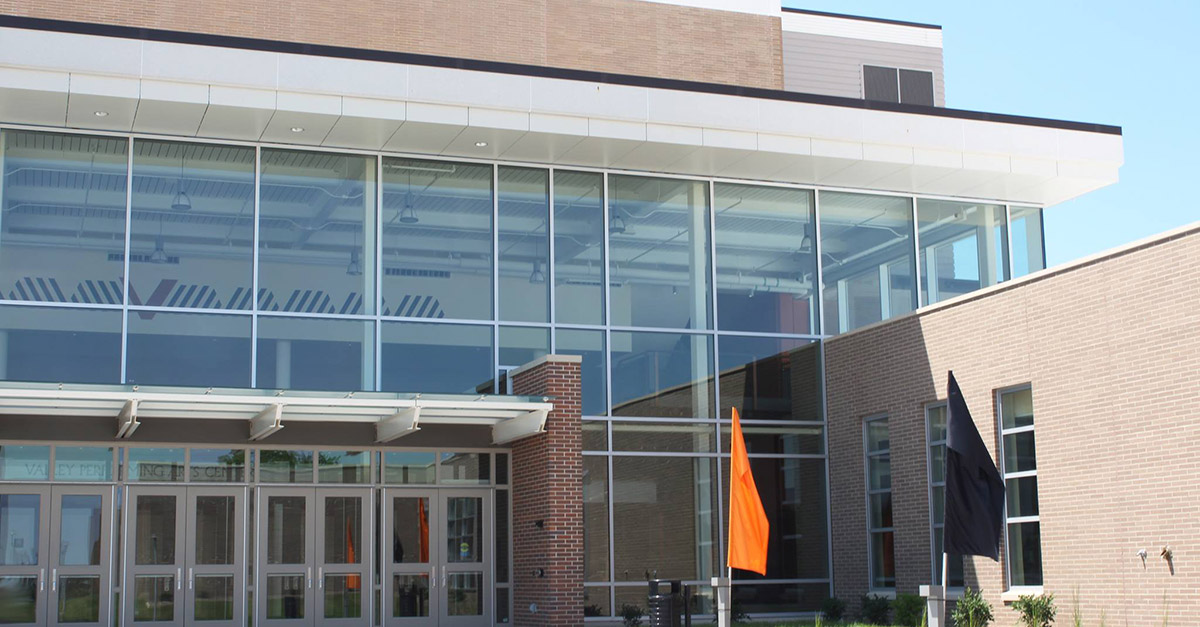