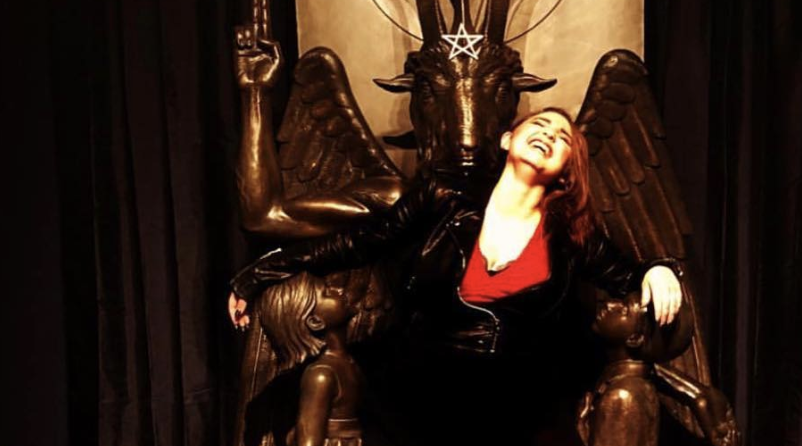 According to a statement on Instagram from the Satanic Temple, they sought the status primarily to get the same access to public spaces that other churches receive, be able to battle religious discrimination against the temple, and to be able to apply for faith-based government grants. (So when a giant red hole is ripped in the sky by a beam of black energy radiating upward from an altar of orphan bones you can go ahead and blame the IRS.)

Some people might be genuinely upset by this but the whole “Satanic Temple” thing is a bit misleading. These people aren’t actually evil and don’t worship any sort of demonic entity. They’re more like rationalists. (And trolls.) They’re against organized religion but mostly in a scientific sort of way. Take that however you want but the point is they aren’t out here summoning Zuul. They aren’t Scientologists or anything.

Here’s what the Satanic Temple is all about from the horse’s mouth (and I mean that as a euphemism, they didn’t bewitch a horse to speak):

The mission of The Satanic Temple is to encourage benevolence and empathy among all people, reject tyrannical authority, advocate practical common sense and justice, and be directed by the human conscience to undertake noble pursuits guided by the individual will. Politically aware, Civic-minded Satanists and allies in The Satanic Temple have publicly opposed The Westboro Baptist Church, advocated on behalf of children in public school to abolish corporal punishment, applied for equal representation where religious monuments are placed on public property, provided religious exemption and legal protection against laws that unscientifically restrict women’s reproductive autonomy, exposed fraudulent harmful pseudo-scientific practitioners and claims in mental health care, and applied to hold clubs alongside other religious after school clubs in schools besieged by proselytizing organizations.

Again, at least they aren’t Scientologists.

Watch: Supper vs. Dinner: Which One Describes Your Evening Meal the Best?