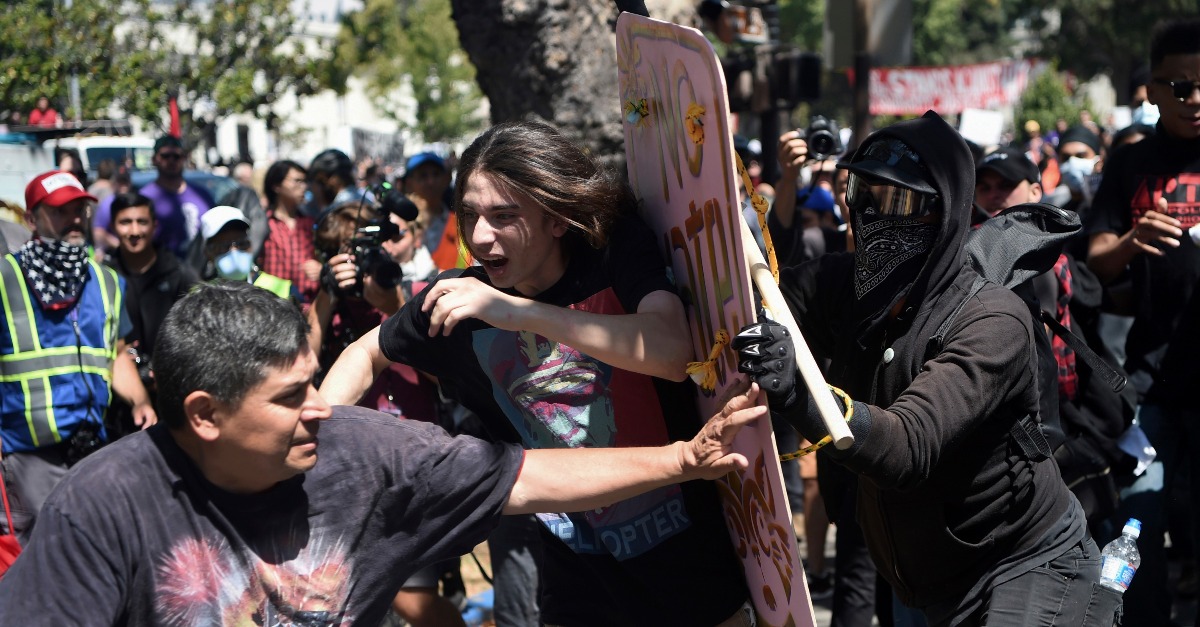 AP Photo/Josh Edelson
Demonstrators clash during a free speech rally Sunday, Aug. 27, 2017, in Berkeley, Calif. Several thousand people converged in Berkeley Sunday for a "Rally Against Hate" in response to a planned right-wing protest that raised concerns of violence and triggered a massive police presence. Several people were arrested for violating rules against covering their faces or carrying items banned by authorities. (AP Photo/Josh Edelson)

A 6-3 vote from The Berkeley City Council this week has given police officers limited permissions to use pepper spray to deal with protesters they deem to be unruly. The decision comes after a year filled with protests, sometimes peaceful, sometimes violent, on the campus of the University of California, Berkeley.

Using pepper spray on protesters as a means of crowd control has been illegal in Berkeley since 1997. The recent vote does not give police officers full discretion to use it, but does allow them a little more breathing room.

RELATED: A teacher pleads guilty to having a sexual relationship with a Swedish exchange student

“Police may use pepper spray upon specific individuals within a crowd who are committing acts of violence upon police or others,” the council said of pepper spray. Officers are still barred from deploying large amounts of spray on larger crowds.

Officers may have to use the spray sooner rather than later.

Reports circulated on Wednesday that former Trump adviser Steve Bannon may soon appear at an event on the campus.