During a Wednesday morning appearance at Boston College, FBI Director James Comey stated unequivocally that he will not step down from his post.

Comey is not even halfway through his 10-year term as director and plans on staying the entire time.

“You’re stuck with me for another six and a half years,” Comey said.

In recent months, both Republicans and Democrats have criticized Comey for how he has handled two very different scandals.

Days before the election, Comey sent a letter to Congress explaining that emails related to former Secretary of State Hillary Clinton were under FBI review. The emails did not show any wrongdoing, and Comey was criticized for sending a letter that may have helped Clinton’s opponent, then-Republican nominee Donald Trump.

Comey did not comment on President Trump’s recent claim that his phone was wiretapped under President Barack Obama’s justice department.

On Tuesday, CNN reported that an anonymous source says Comey was “incredulous” about Trump’s claims.

“The source said Comey was concerned that the allegation would make the FBI look bad, and that concern was part of what prompted the FBI director to have his staff reach out to staff at the Justice Department asking them to knock down the allegation.” 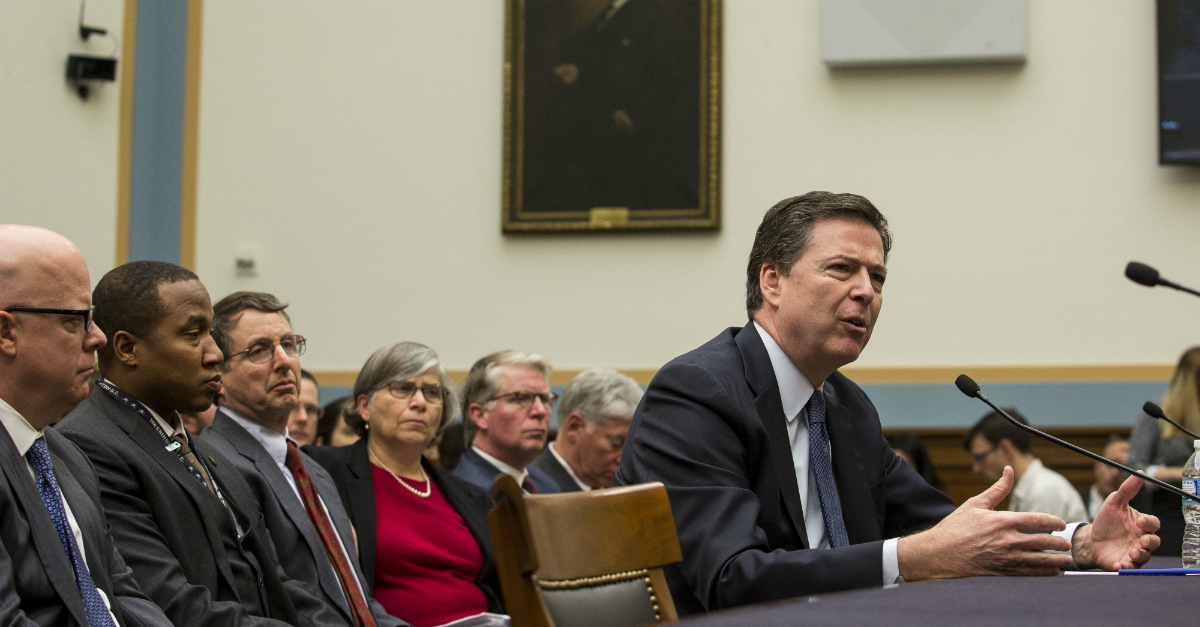