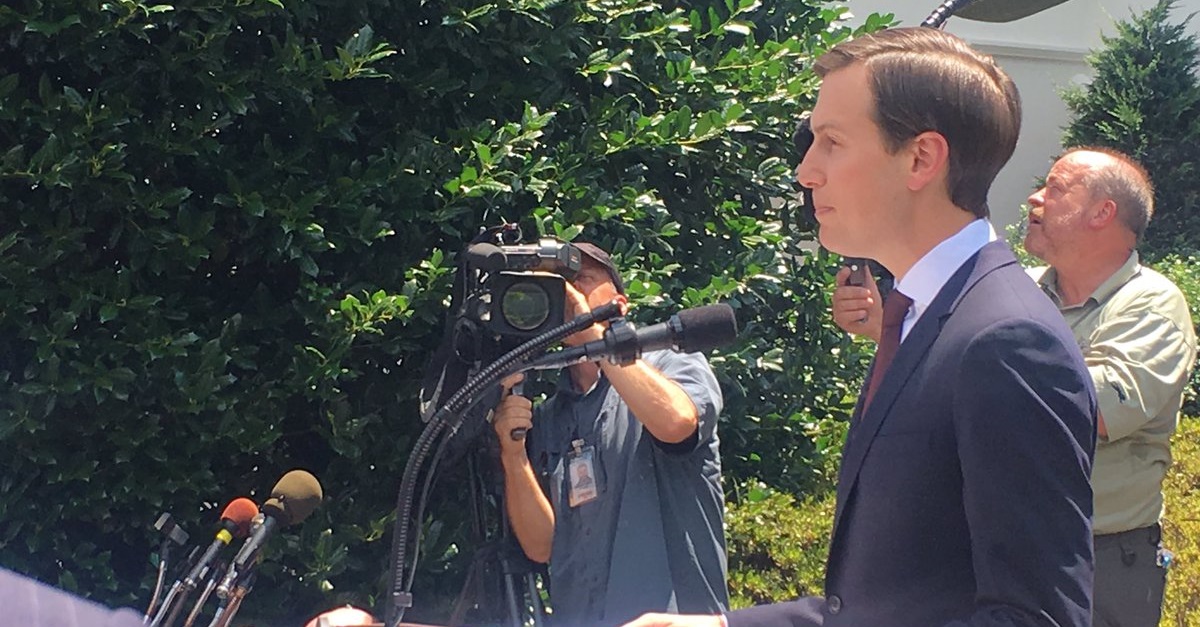 Kushner spoke to reporters at the White House Monday after meeting with Senate investigators probing Russian meddling in the 2016 presidential election and possible ties to the Trump campaign. Kushner told reporters he wanted to be “very clear.” He said he “did not collude with Russia nor do I know of anyone else in the campaign who did so.”

Kushner says he “had no improper contacts” with Russia and says his actions were entirely “proper.”

Kushner left his private meeting with Senate investigators, nearly three hours after it began. He delivered a brief statement upon his return to the White House but did not answer reporters’ questions.