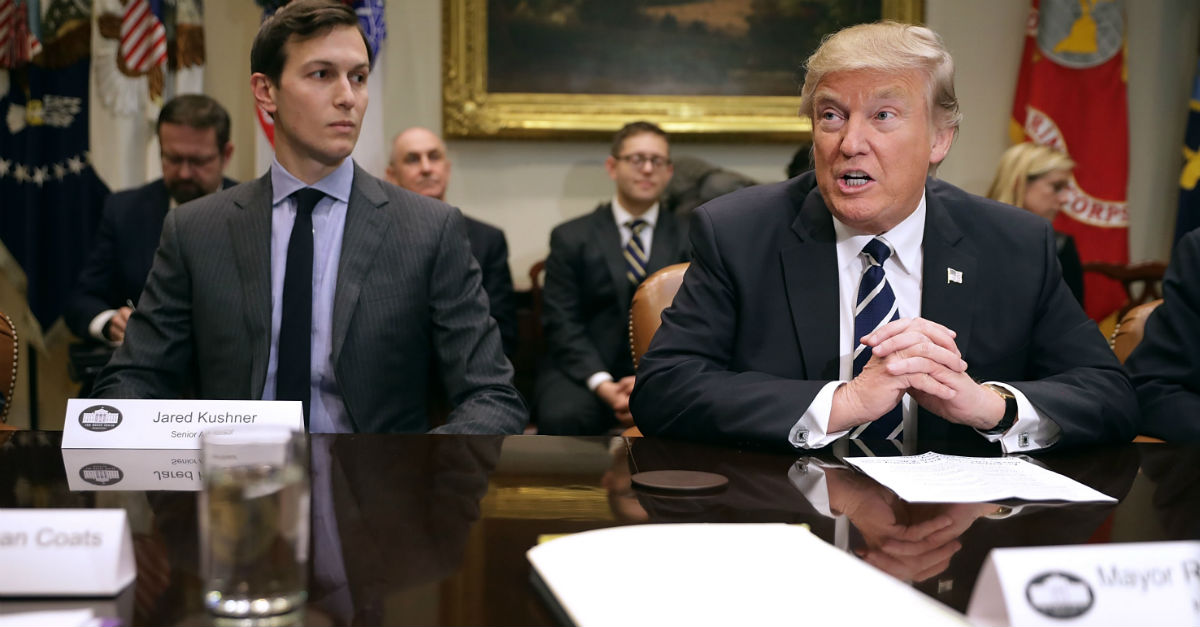 Chip Somodevilla/Getty Images
WASHINGTON, DC - JANUARY 31: U.S. President Donald Trump (R) delivers remarks at the beginning of a meeting with his son-in-law and Senior Advisor Jared Kushner and government cyber security experts in the Roosevelt Room at the White House January 31, 2017 in Washington, DC. Citing the hack of computers at the Democratic National Committee by Russia, Trump said that the private and public sectors must do more to prevent and protect against cyber attacks. (Photo by Chip Somodevilla/Getty Images)

A similar revelation helped sink Hillary Clinton’s presidential bid after Trump hammered her over use of a private email server while she was secretary of state. Chants of “lock her up” regularly broke out during Trump rallies.

“I am not going to chant LOCK HIM UP,” California Rep. Ted Lieu tweeted, “But I will ask again, why does Jared Kushner still have a security clearance?”

RELATED: Donald Trump Jr. was hoping for dirt on Hillary Clinton from Russians