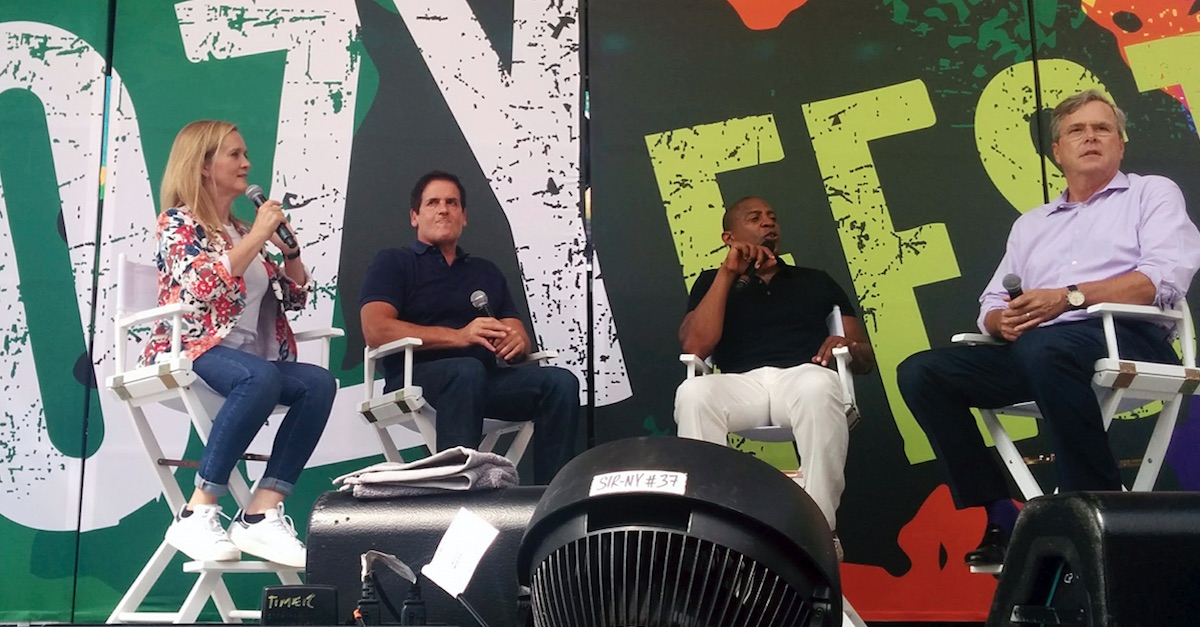 He also lamented the end of civility in politics and noted that “now, strength is measured by how you insult people” in remarks critical of President Donald Trump, who earned the nomination of the Republican party instead of him.

RELATED: Jeb Bush takes a swipe at President Trump in his latest interview

Bush made the remarks at OZY Fest in New York City, an event that bills itself as “New York’s Hottest Festival” and “TED meets Coachella.”

Without naming them, Jeb Bush calls out Republicans who were mad at Obama over Russia, but have been silent on Trump and Russia pic.twitter.com/4fuZG8hHDV

In the clip, Bush addresses the audience, listing several rules: “Rule number two […] If Barack Obama did something as it related to Russia, and you said this is outrageous, then when your guy does the same thing, have the same passion to be critical.”

He waits for applause to end before listing his third “rule.”

Rule number three: be civil. The idea that you shout profanities at each other […] This is horrible. We can’t solve problems when we express — even if it’s fake, even when a lot of stuff is just faux anger, people trying to show that now, strength is measured by how you insult people — reject it! Because we’re never going to solve problems that way.

Business Insider reports that Bush also said it would be a “long ride” between now and the 2018 midterm elections, not to mention the 2020 elections.

Bush also called Trump “deeply troubling” and said the president has no allegiance to the Republican Party.

“He’s not really affiliated with the party, just to be clear. He’s Trump,” he said. “We may have really talented people that are really good on TV being our leaders for a while until we sort things out […] Ideas and policy really matter. It’s not just about personality.”

“I find him deeply troubling in a lot of ways. But I pray for him every night. And I pray for our country every night,” he added. “I care about my grandkids.”