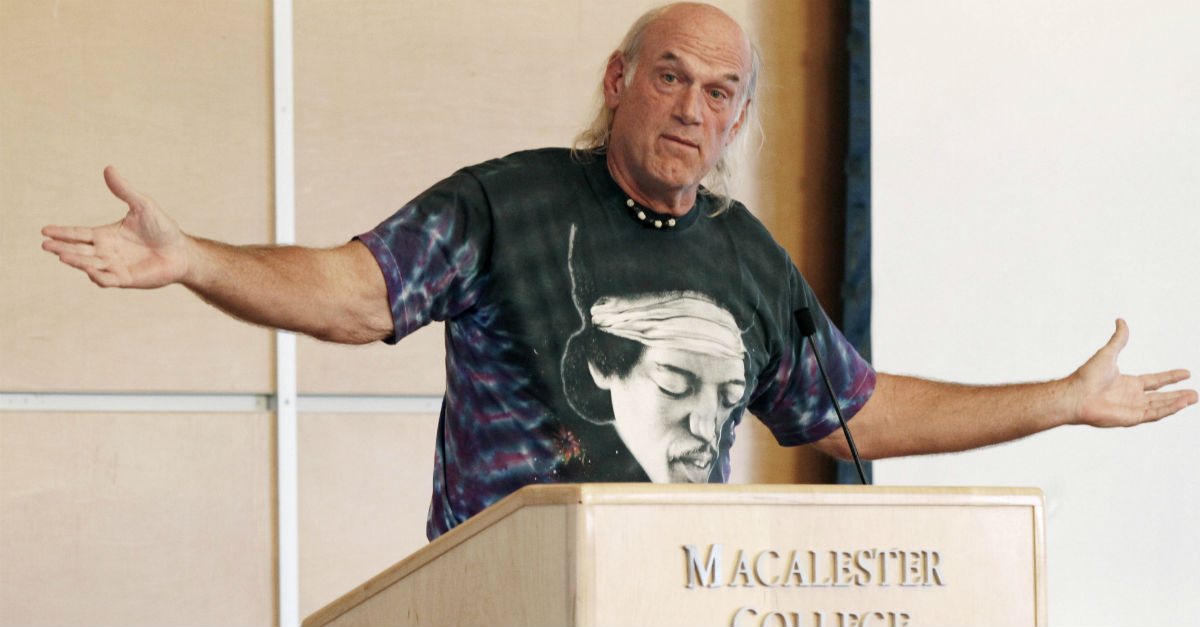 Jesse Ventura didn’t miss his opportunity to take another hit at the late Chris Kyle after five years of legal proceedings came to an end.

Before the Navy SEAL passed away in 2013, he wrote the acclaimed biography “American Sniper.” He used a portion of the book to detail an encounter with a man, initially identified only as “Scruff Face,” who made offensive comments about the SEALs including one about the force needing to “lose a few” in Iraq. Kyle said that he punched the man in the face in the encounter. He later identified the man as Ventura, a former Minnesota governor. Ventura denied that the encounter happened and sued for defamation. He was heavily criticized for continuing the suit, this time against Kyle’s estate, after he died. Kyle’s wife and children were left to deal with the proceedings.

Last year, an appeals court threw out the $1.8 million settlement previously awarded to Ventura by a jury in 2014. This prompted a new round of legal

It was announced on Monday that another settlement was reached for an unspecified amount.

“All I’ll say is my settlement is now in the bank,” he during a press conference. “That speaks and tells you everything else about it.”

Ventura disrespected the deceased man in the conference, calling him the “American Liar.”

People were quick to slam Ventura for his comments.

Jesse Ventura calling our hero Chris Kyle an American Liar. Wish Seal Team guys could run into this pig in a dark alley. He can’t get over getting punched in the mouth. I love our NAVY SEALS. God Bless Them. RIP HERO KYLE✝️❤️🇺🇸 pic.twitter.com/3T42H3sMNF

Jesse Ventura, it’s time for you to go somewhere and take a nap. We don’t want to hear your opinion about Chris Kyle because you don’t know what a hero really is.

Sick that you keep slamming someone who can’t defend themselves.

Jesse Ventura makes my tummy turn. The way he talks about Kyle is disgusting!

Ventura once promised that he would not watch the film adaptation of Kyle’s book after saying, “A hero must be honorable, must have honor. And you can’t have honor if you’re a liar. There is no honor in lying.”

This is not the first time the public has had a harsh response for those who sought to question Kyle’s integrity.

In 2016, The Intercept faced intense backlash after they obtained documents from the Navy that argued Kyle received one Silver Star and three Bronze Stars, rather than the two Silver Stars and five Bronze Stars recorded in his book. Gawker then received intense backlash after picking up the story and, similarly to Ventura, called Kyle an “American Liar” in the headline.

Really you are going to call a deceased veteran out for lying? His accomplishments should far outweigh words written in a book!

You guys are disgraceful. The man left behind a wife & kids, & you're still trying to demonized him even in death. Let it go.

Current Department of Energy Secretary Rick Perry, who is also a former governor of Texas, criticized anyone who sought to brand Kyle as a liar following the report:

I am calling on people of conscience to join me in calling for the retraction and deletion of the offending article and reprimand of the Navy personnel who have fed this misperception with their lackadaisical handling of the original information request. Both also owe an apology to Taya, Chris Kyle’s loving widow, and to service members, past and present, for disparaging one of their own.

To honor the memory of an American hero, the latter cannot be tolerated.

RELATED: Taya Kyle on her husband Chris: “I was madly in love with him and still am”