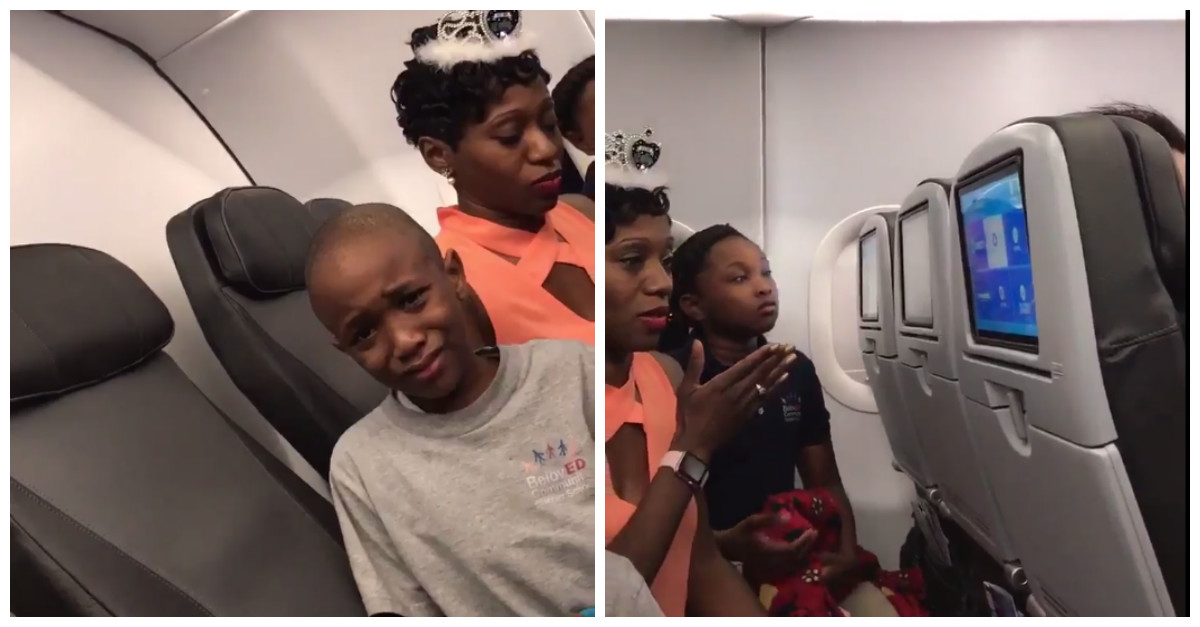 JetBlue CEO Robin Hayes went on “CBS This Morning” Tuesday and addressed his airline’s incident that made headlines recently, in which a family was kicked off a flight after a dispute that started with a birthday cake.

RELATED: A family says that they were kicked off an airplane over a birthday cake, but JetBlue is telling a different story

Here’s the video that was shared showing part of the incident:

And here’s Hayes explaining what happened:

And the family concerned ignored repeated requests to move it; our crew even moved it at one point for them, and they moved it back, and then they said some, uh, they made some sort of allegations against the crew, and it got to a point where the captain felt, balancing the interests of all the other customers on the airplane and the crew, the right thing to do was to ask that family to leave the airplane.

It was not about the birthday cake.

This echoes the statement JetBlue released on the incident. They said, “[The customer] refused multiple requests from the crew to remove the items […] became agitated, cursed and yelled at the crew, and made false accusations about a crew member’s fitness to fly.”

This contradicts the family’s side of the story, as told by Cameron Burke.

“A flight attendant nicely asked me to remove the cake from that compartment, so I moved it to another one,” Burke told the New York Daily News. “She then asked me to move it to underneath the seat in front of me, I did.”

At this point, he said, another flight attendant showed up and started scolding the first attendant.

“You know, you could see the gestures, then she was pointing to her, ‘Did you tell him he couldn’t put anything in the overhead compartment?'” Burke told ABC 7.

Then Burke said he decided to intervene.

“I had approached them, and I said everything was fine. And she said, ‘Sir, this does not involve you.'”

“She said I was being non-compliant,” Burke told the New York Daily News. “I said, ‘Miss, have you been drinking?’ Because her behavior was irrational, and she stormed off.”

Burke and his family were kicked off the plane shortly after.

Burke told ABC 7 that he didn’t yell or curse during the incident.