Mayobanex Ruiz Gomez thought he was pulling a fast one when he tried to smuggle cocaine into the country by taping bags of it around his legs. Too bad authorities at John F. Kennedy International Airport busted another man for attempting the exact same thing two weeks ago.

The 48-year-old was traveling back to New York from the Dominican Republic Thursday when Customs and Border Protection agents noticed that he “exhibited numerous signs of nervousness” while they were searching his suitcase. They then searched Gomez further and found five pounds of cocaine, with an estimated street value of $83,000, strapped around his legs.

He was arrested on federal smuggling charges less than two weeks after another man traveling from the Dominican Republic was arrested when officials at JKF noticed he was “bursting out of his pants.” That man, Juan Carlos Galan Luperon, was found to have had 10 pounds of the drug strapped to his legs. As of yet, Customs and Border Protection officials do not believe the busts are connected.

RELATED: You won’t believe what airport officials found hidden inside of this man’s “rather snug” pants 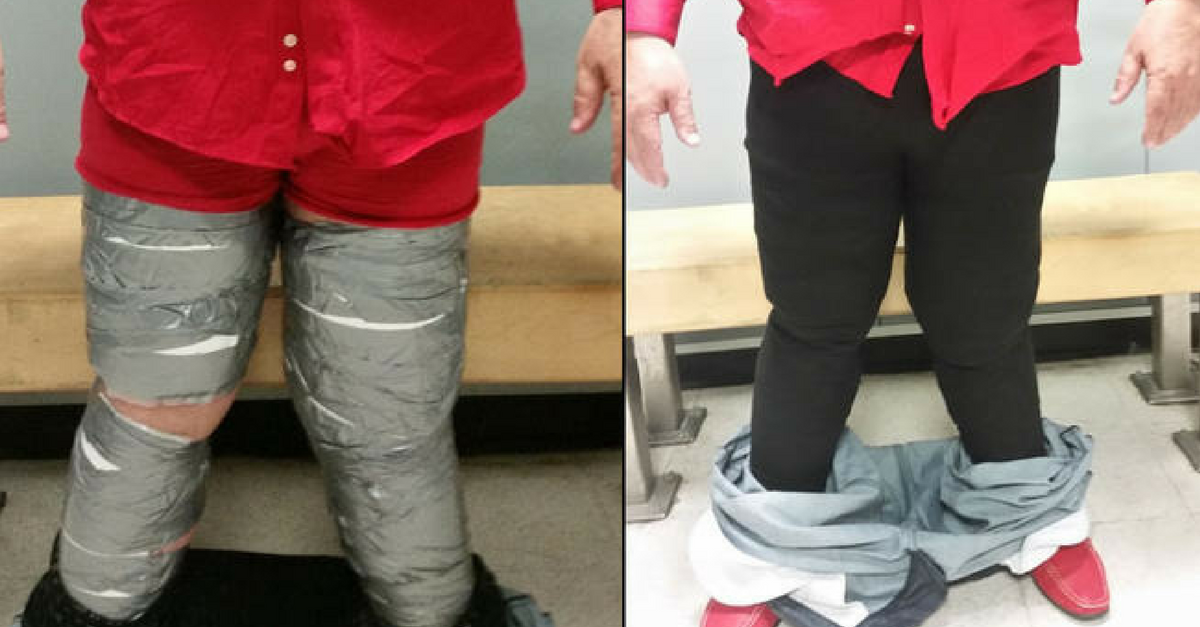