Subway Passenger Gives Shirt Off His Back to Freezing Homeless Man 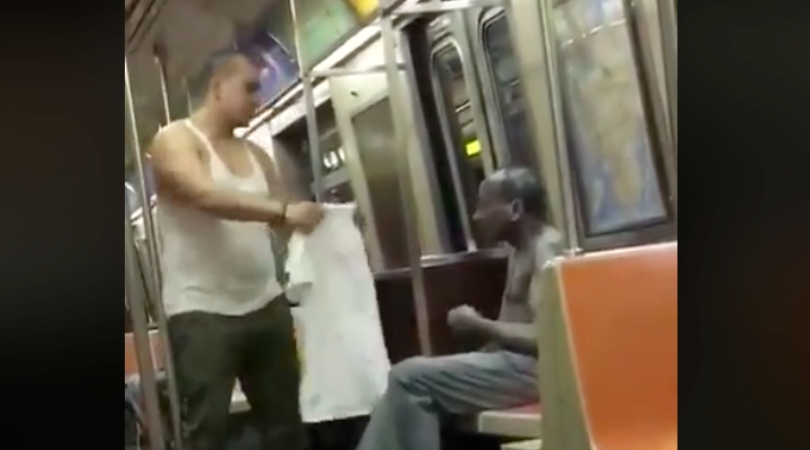 Compassion. That is one word to describe 23-year-old Joey Resto, who is being seen as a true hero by online users. Resto?s name is going viral on social media after a video was posted of him taking off his shirt and giving it to a shivering homeless man when he was on the Downtown A Train in New York.

Resto stated he saw the man sitting alone, and could tell passengers were standing a few feet away because of his odor. The cell phone video captured Resto?s heartwarming generosity, as he takes his own shirt off his back and hands it to man, leaving him in a tank top. The 23-year old saw the man was too fragile to move which is why he decided to help him put it on, lifting his arms. Resto is then seen going back to his belongings and handing the man a hat.

Someone saw Resto?s actions and decided to post the video on Facebook, which has gained more than 14 million views. Resto said he invited the homeless man to his apartment so that he could give him some more clothes and food, and offered to take him to a hospital but the man declined, curling up and going to sleep a few minutes after their encounter.

It?s safe to say Resto is truly an inspiration to others. With all the negativity in the world, it’s easy to be cynical about the people and their actions, but this video truly proves that good people are still out there. Let?s all aim to be like Resto.