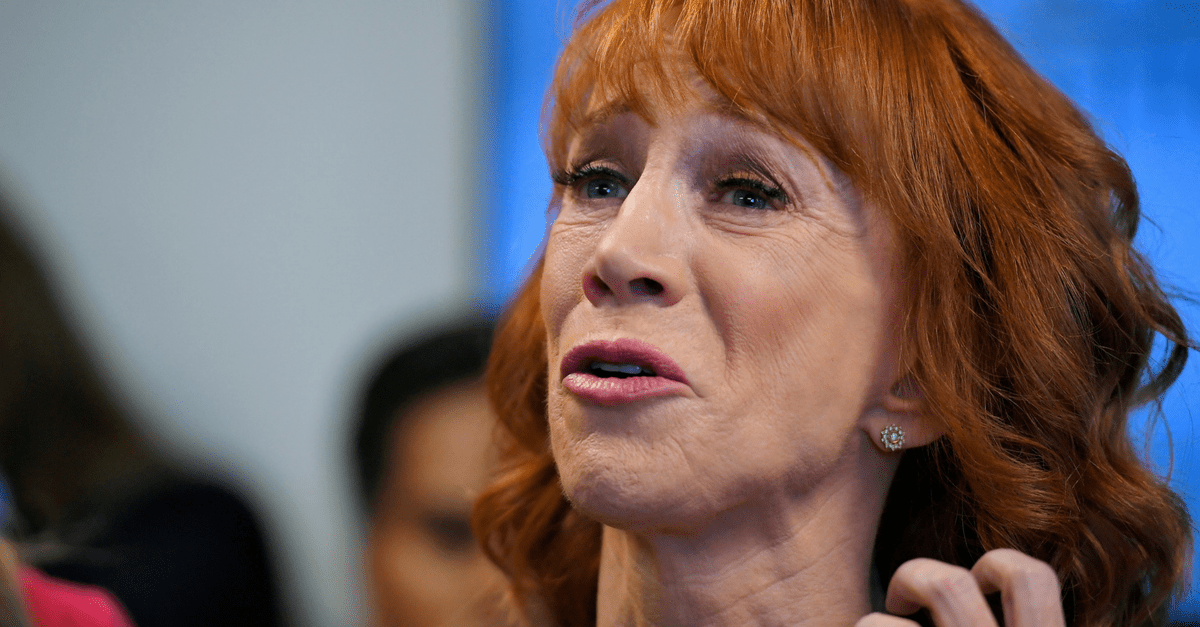 Kathy Griffin is still talking about her now infamous photoshoot featuring the fake, bloodied, decapitated head of President Trump ? and she’s still not sorry for it.

Despite issuing a tearful apology in the immediate wake of the controversy, the comedian has since revoked her apology and is now doubling down on the move in a BBC World news interview set to air on Wednesday.

RELATED: Kathy Griffin maintains she ?didn?t do anything wrong? with her beheaded Trump photo

“The reason I made the apology is when the image went out, I thought people would just think, ‘That?s Kathy doing another shocking image,'” she continued to explain. “I?ve done many throughout my entire career, and I?ve done many shocking things. When I won my first Emmy I said, ‘Suck it, Jesus, because this award is my God now!’ And you know, the conservatives took ads out it the papers. That?s what they like to spend their time and money on. So yes, I knew what I was doing.”

Griffin, however, admitted that she was persuaded into apologizing when her friend Rosie O’Donnell, whom she called “the preeminent expert of being trolled by this fool, ‘the Accidental President,'” compared the photo to Daniel Pearl, an American journalist beheaded in Pakistan.

RELATED: After apologizing for her beheaded Trump photo, Kathy Griffin is singing a different tune

“She said, ‘What if Daniel Pearl?s mother saw this?'” Griffin recalled. “When she said that, I thought, ‘Oh my gosh.’ I?ve never apologized for a joke. I get it.”

She went on to apologize in a Twitter video and again in a tearful press conference. However, in August, she announced, “I am no longer sorry” and called outrage at the photo “B.S.” Now, it seems she’s not backing down on her retraction.