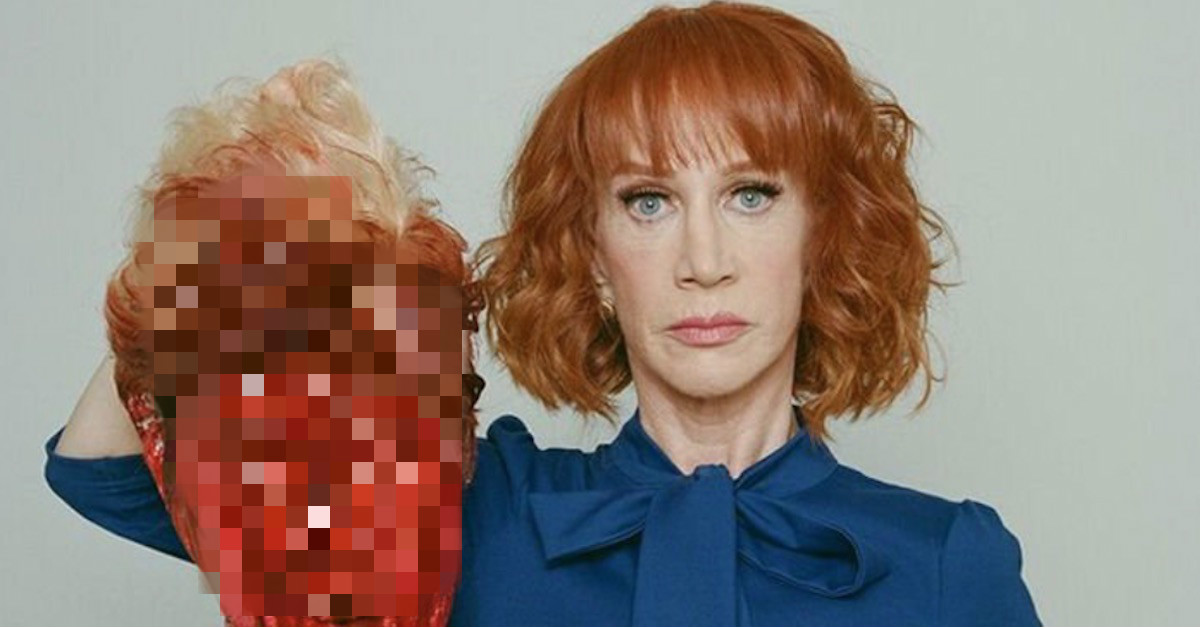 Comedian Kathy Griffin received criticism from all political persuasions on Monday after posting a short video in which she holds up the beheaded head of President Donald Trump.

Griffin maintains an ominous tone in the clip which shows her raising a bloody Trump head.

She later added a qualifier that she actually didn’t wish violence on anyone.

“OBVIOUSLY, I do not condone ANY violence by my fans or others to anyone, ever! I’m merely mocking the Mocker in Chief.”

2/ OBVIOUSLY, I do not condone ANY violence by my fans or others to anyone, ever! I'm merely mocking the Mocker in Chief.

Despite Griffin’s insistence that she doesn’t condone violence, her actions were met with harsh criticism.

“Nope. Too much. By a very long distance, way too much,” Keith Olbermann of GQ wrote. Olbermann has been one of Trump’s fiercest critics and routinely calls for his arrest.

Todd Starnes of Fox News was among the many people to call for CNN to remove Griffin from her annual hosting gig on New Years Eve.

Hey @CNN – will Kathy Griffin be hosting your New Year's Eve show again? Your advertisers would like to know. pic.twitter.com/ngzHbBcPhN

“Hey @CNN – will Kathy Griffin be hosting your New Year’s Eve show again? Your advertisers would like to know,” Starns wrote.

“This is vile and wrong. It is never funny to joke about killing a president,” Clinton wrote.