On Sunday night in Los Angeles, comedian Kathy Griffin returned to the stage, several months after a much publicized incident involving the President of the United States. Griffin was investigated by the Secret Service and was on the receiving end of criticism from the first family after she posed with a mannequin head made to look like the bloody, dead face of President Donald Trump.

According to the Hollywood Reporter, Griffin arrived on stage wearing a President Trump mask, with both middle fingers raised in the air. Griffin appeared at the Orpheum Theatre’s Aid for AIDS fundraiser “Best in Drag Show.”

After removing her Trump mask, Griffin reportedly stayed clear from jokes about the president.

Instead of targeting President Trump, the bulk of Griffin’s material came at the expense of recently ousted studio head and alleged sexual predator Harvey Weinstein.

“The Weinstein thing is just fucking unbelievable, but I’m not afraid to say anything, because I don’t appear in movies ever, and no one will ever put me in one,” she told the crowd. “That guy seems to be what’s called a rapist. I’m using it as a broad term. There’s a lot of them, and they are everywhere. So it’s time we started to fucking look out for each other, because this shit has been going on for way too long.”

Perhaps sensing the excitement in the audience, Griffin predicted what would happen after news of her appearance became public.

“I know people have the cellphones out, and this is going to be on Breitbart and the Daily Caller,” she joked.

“I don’t care, because I fucking love you guys. What we all fucking need is to fucking talk to each other and laugh.” 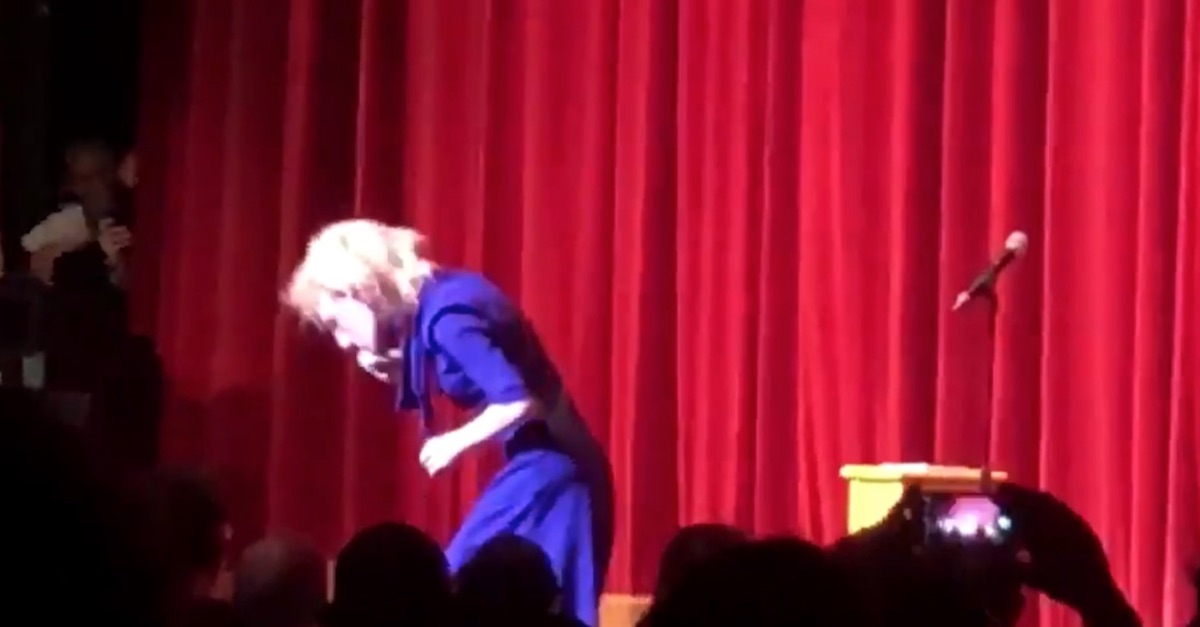