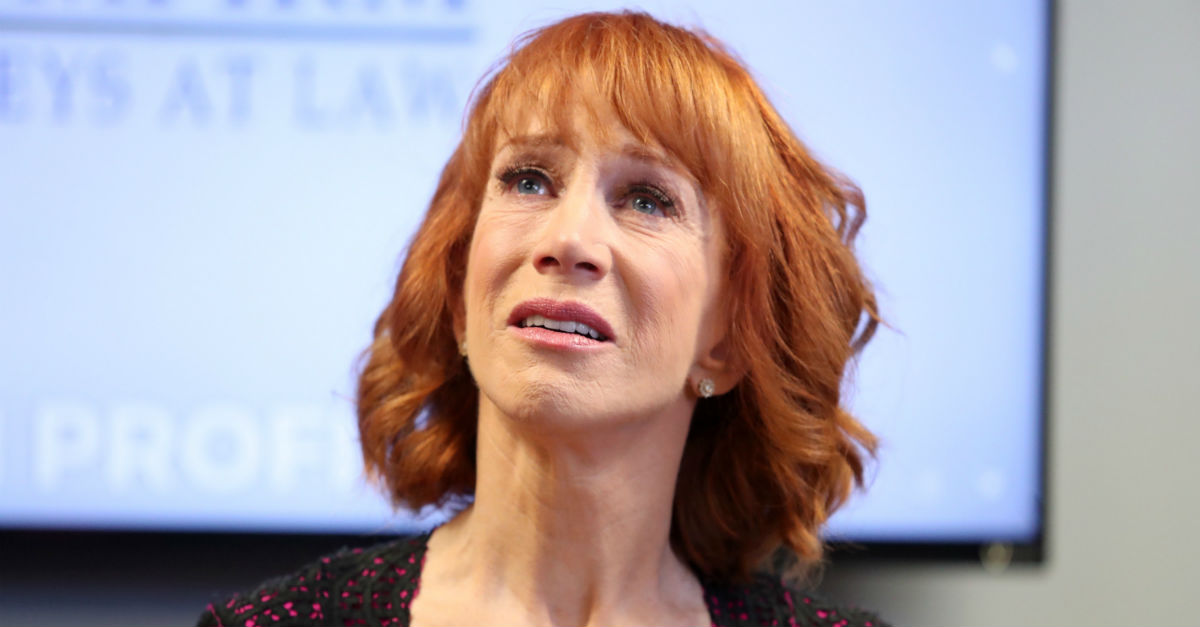 (Photo by Frederick M. Brown/Getty Images)
WOODLAND HILLS, CA - JUNE 02: Kathy Griffin speaks during a press conference at The Bloom Firm on June 2, 2017 in Woodland Hills, California. Griffin is holding the press conference after a controversial photoshoot where she was holding a bloodied mask depicting President Donald Trump and to address alleged bullying by the Trump family. (Photo by Frederick M. Brown/Getty Images)

The now-infamous photo of Kathy Griffin holding a fake bloody head that appears to be Donald Trump’s could bring in a high price at auction.

Tyler Shields, who is the photographer behind the picture, has reportedly gotten hundreds of offers from collectors hoping to get their hands on the print. Many of those offers have reached into six figures, TMZ reports. One collector allegedly even offered Shields $150,000 for an original print, but the photographer passed.

Since Shields owns the rights to the image, he doesn’t need Griffin’s permission to sell the piece. According to his website, Shields’ work is currently on display at galleries in London, Dallas, New York City and Cincinnati.

Griffin has made conflicting statements about the controversy that surrounded her after the photo. She initially apologized during a teary-eyed press conference, but later said she’s “no longer sorry.”